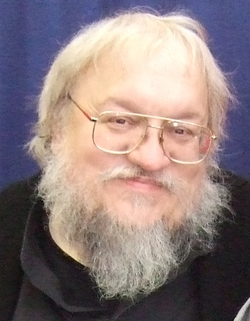 George R. R. Martin is the wildly popular author of the A Song of Ice and Fire epic fantasy series, and many other novels, such as Dying of the Light and The Armageddon Rag. His short fiction—which has appeared in numerous anthologies and in most if not all of the genre’s major magazines—has garnered him four Hugos, two Nebulas, the Stoker, and the World Fantasy Award. Martin is also known for editing the Wild Cards series of shared world superhero anthologies, and for his work as a screenwriter on such television projects as the 1980s version of The Twilight Zone and Beauty and the Beast. A TV series based on A Song of Ice and Fire is set to debut on HBO in April 2011.