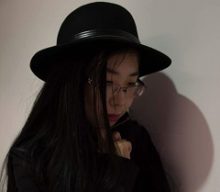 Y.M. Pang is a writer, occasional poet, sporadic editor, and full-time alien who has carved a home in Ontario, Canada. She spent her childhood pacing around her grandfather’s bedroom, telling him stories of magic, swords, and bears. Her fiction has appeared in The Magazine of Fantasy & Science Fiction, Strange Horizons, Cast of Wonders, and other venues. Her poetry has appeared in Polar Borealis and Arsenika. She is a submissions editor and non-fiction contributor at Speculative North, dabbles in photography during spare moments, and often contemplates the merits of hermitism. Despite this, you can find her online at www.ympang.com or on Twitter as @YMPangWriter.