After Naxos, Ariadne moved to Nicosia and built a new labyrinth online. Here she sits and smiles and buries her bullish secrets: where to buy building permits and apply for trademarks and government grants and benefits. How to join the fire service. Authenticating seafarers. “That way leads to an external labyrinth,” she says pleasantly. “Oh dear, has the roof fallen in? I’ll send someone down to dig it out later.”

After Naxos, all the maddened maenads moved into airy office spaces and took up hot-desking with red-faced men in hairy trousers and specially designed shoes. In the outer rings round Ariadne’s door, one peeled-back maze-mimicking onion-layer after layer, they shuffle their forms and break their photocopiers and suggest we should leave a message.

Someone will get back to you! they trill. Soon! Probably! We’re developing a register! How did you spell your name again?

How can we access Ariadne’s labyrinth? Far away, we stumbled across a knotty title deed and followed it back, hand over hand, feeling our way from one annual return to another along the fraying length of Ariadne’s string. Here we wash up, we weary pilgrims, we plaintive seekers after truth, shadow-chasing between desks and stationery cupboards where every doorplate is blank and every end is dead. What shy monster hides its face in Ariadne’s paperwork? “You’re very welcome to take a look,” says Ariadne, smiling her sincere, honey-eyed smile. Below, bellowing. “We aim to be transparent.”

Under her desk lies a triple-bolted trapdoor, tied up with red tape. Down goes the thread, deep down into that cold clammy bone-strewn maze.

Back in the day, before Ariadne’s ill-fated fling with an Athenian adventurer who abandoned her on the beach at Naxos, her brother stalked his dark cyclopean pen and tossed his horns and gored the girls and boys they sent to feed him. Today the labyrinth is lined with incorporation documents and all the unseen Minotaurs have names like Sergey or Dmitry and interests in oil and gas or diamonds. Do we seek to slay them? Not at all. Not being heroes, a tell-tale flash of tail or hoof would more than suffice. And yet these wary beasts have slipped Ariadne’s strings and refuse even to show their shadows. Tracked to their lairs, they vanish, snatched to safety in a potash-scented cloud.

Confounded, we hammer on the walls, hurling skulls at the ceiling.

“Who owns Blue Invest Limited, Ariadne?” we cry out to her. Three turns away, the herd stampedes, kicking up charge certificates and nominee directorships. “Who forked out twenty million quid for a two-bed flat in One Hyde Park where the lights are never on?”

But Ariadne lost all the ends of all her threads an age ago and never cares to find them. You see, she learnt a thing or two back in the day, from Theseus.

And so we still are wandering at 4 p.m., or thereabouts, when Ariadne ties up her tape and goes off to dance with Dionysos. “Kalispera!” the maenad secretaries call, and Ariadne, adjusting her ivy crown, returns, “Kalispera!”

It’s going to be a wild and beautiful night. 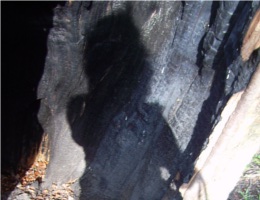 Julia August likes history and fantasy, often together. Her short fiction has appeared in the anthology Places We Fear To Tread, The Dark, Unlikely Story’s The Journal of Unlikely Academia, Women Destroy Fantasy!, PodCastle, On Spec,  Lackington’s Magazine, Kaleidotrope, and elsewhere. She is @JAugust7 on Twitter, j-august on Tumblr, and j_august7 on Instagram. Find out more at juliaaugust.com.