Stanley began watching birds on the day he panicked and asked JD how much he really loved him, and JD responded, “Oh for fuck’s sake, Stanley. How many birds are in the sky? I don’t know—a bunch!”

Stanley couldn’t get the question out of his head. By week’s end, he’d bought a birdwatching guide and an embarrassingly expensive pair of Leica binoculars. He spent a tense Sunday morning ready for the birds to awaken and sing the day’s gossips and confessions, watching and ticking things off in his journal as dawn grew from a hint to a bloody smear to proper daylight.

His expectation was symphonic.

The reality, sitting on the stoop in front of their fat brick apartment building, was subdued: two mourning doves mindlessly echoing each other, and one ill-looking pigeon walking silent circles around the municipal trash can across the street.

Stanley counted and recounted, the kid that ran out of flower petals at “he loves me not,” fighting the irrationality of his disappointment.

“You okay, babe?” JD leaned out the window.

“Uh. Yeah. Yeah, I’ll be in in a sec.” Inwardly, Stanley cursed love, the father of superstition, and, in the long tradition of bouquet catchers and mistletoe hangers and lonely souls praying to so many gods to please, please, let me find love, let me be worthy of love, he counted the birds again.

The next morning, the doves were quiet. The pigeon was dead.

Weeks passed, much the same, and winter came. Grim and bare-skied, it mocked Stanley’s daily ritual. He grew more terse and withdrawn.

JD continued making breakfasts and leaving love notes, oblivious to the ebbs and flows of the birds, the significance of each entry in the journal. Some days—the plentiful—they laughed and leaned against each other over coffee. But most days Stanley said nothing, or went straight back to bed after birdwatching.

More time passed, much the same.

“A week in Tucson and a week in the Chiricahuas?”

“Tickets right here.” JD slid them—always so elegant—from the inside pocket of his jacket and passed them over. “Also, the travel agent gave me two words he said would get you pumped.” He smiled and leaned close, his lips against Stanley’s ear. “Elegant trogon.”

JD leaned back and blushed. “Or, I don’t know, maybe that’s more specialized? Shit. Um, there’s like dozens of hummingbird species and hawks and… lots of birds. It’s like Mecca for birdwatchers, I guess.”

But as JD smiled, Stanley remembered the question—how many birds are in the sky?—and the empty clouds whispered to him you are not special, and the whisper became a voice within him saying he doesn’t love you; he just pities you, and that voice became a scream.

“Are you making fun of me?” He was yelling. He could hear his voice cranked an octave too high—the voice his first boyfriend called faggy.

JD looked like he’d been slapped. “I just… Jesus, Stanley.” His face hardened. “I’m trying to do something nice for you, and I thought ‘hey, birds, he likes those, God knows why.’ And I thought a vacation would be good because you’ve been stomping around like a little bitch all winter and—”

“There it is.” Stanley threw the tickets. “It’s a good thing you’re so nice, otherwise people might think you’re a fucking prick.” He had to yell the last few words because JD had already walked out and slammed the door behind him.

When JD returned that night, they hugged without saying a word. Stanley struggled to keep the tears in. “I’m sorry,” he said. “Of course I want to go. Thank you. I’m just sorry I….” JD’s arms tightened around him, anticipatory. “I’m so sorry I’m me.”

They both pulled back and looked at each other, and for a moment Stanley was sure JD was going to lecture him for apologizing, like he did last time. But he didn’t. He just kissed him, and Stanley kissed back.

They made it to the bed—barely. It had been months since they’d had sex, and Stanley lost himself in it, certain this was the last time.

Tucson was warm and gorgeous and doom-laden. The vacation feeling had worn bare before the flight even landed, and Stanley only grew quieter and more tense throughout the week as the desert persisted in its emptiness, and the sand chided, ingrate. His journal remained closed.

But the mountains were the same.

“It’s weird,” said their tour guide, a bleach-toothed woman half their age. “They’re usually really drawn to the saguaro this time of year? And, like, I guess they’re not right now?”

“Well,” said JD. “It’s beautiful, anyway.” He gave Stanley a little hug from the side while Stanley tried to ignore the clamor growing within him.

As many as you deserve.

Stanley was jabbing at a time management game on his phone when JD said it again: “It’s so beautiful.”

The metal legs of Stanley’s chair scraped against the stone patio as he turned away from the view. “It’s dead.”

When they’d met, Stanley had been sitting alone at a party reading a Chuck Klosterman book he’d pulled off the host’s shelf. Then a soft voice: “excuse me.” He’d looked up to dark eyes. Then that smile, that smile, for the first time—it actually made him a little dizzy, sparked a glow in him like a porch light welcoming a traveler home—and JD said, “I’m going to have to ask you to keep it down.”

Stanley smiled in spite of himself, a bit of that tucked-away glow resurging. “Quiet’s alright,” he conceded. “I guess. But it’s barren out there.”

“Are you kidding me? There’s yucca and snakes and, like, little fuzzy desert mice and stuff. And a bunch of hummingbirds.”

JD shot him a look but didn’t slow down. “And they’re all living these secret lives, is the point, right there in front of us. But we can’t see. They’re digging secret little tunnels and building secret little nests. It’s like another planet, and we’re so lucky to catch even the smallest glimpse.”

Something scurried briefly in the darkness alongside the house, as if to punctuate JD’s point. The glow in Stanley grew, was a reflection of the sunset or a premonition of dawn.

“You could spend the rest of your life out here,” said JD. “Just watching it all. And find new things to love every single day that had always been there. Just… hiding. Afraid to be seen or heard.”

The sun had gone, the sky a deepening red. Stanley looked away from it into the night, toward the mysterious sounds, the secret world.

Did the desert creatures see something similar in him, peering in from the darkness? Did they see his glow, warm and kindled… a thing of gradient colors that couldn’t be captured in words—a thing that was only itself? And did they say to each other look, in their strange languages, look how strange, how beautiful?

And what would he see, if he were in their place?

Stanley woke to the sound of glass cracking. “What—”

“Oh shit!” JD’s voice came from the other room.

A high rattling noise shook the rental house. Stanley lurched out of bed, fell to the ground in a tangle of sheet, and scrambled into the living room. The noise became a dull reverberation like the sound of underwater or underground, or like hearing the blood in his ears, the heart in his chest, in the silence of an insomniac night.

The first thing he saw: JD, hands covering his face except for one eye.

The second thing: a crack in the sliding door with a few stray feathers stuck in it.

And finally: the birds.

A swarm of them, landing on the patio and launching, flying thick as smoke, all sizes and shapes and colors. Stanley raced to the window and stared. Hundreds of them, or thousands. Impossible to count, the way they weaved and blurred into each other. High above, gray hawks orbited and screamed.

JD joined him at the window. “Well…” He laughed, gesturing helplessly. “You wanted to see birds. Ta da!”

“Where did they come from?”

They stood together, Stanley’s hands pressed against the window, JD’s hands loose around Stanley’s waist.

Stanley shivered; his muscles unknotted, the glow like an oven within him. Morning light made everything soft, and Stanley was struck by how beautiful JD was. His eyes drifted to a burst of color, a smear of greens and whites spiraling up, up—elegant trogons, cyclonic, their feathers shining like armor, circling thick and endless, pulling his breath up with them as they rose.

Stanley laughed and cried and hugged JD. “I have no idea,” he said. “Enough.” 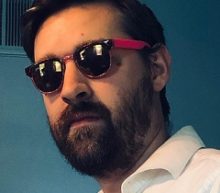 Kurt Hunt was formed in the swamps and abandoned gravel pits of post-industrial Michigan. His short fiction has been published at Strange Horizons, Beneath Ceaseless Skies, and more. He is also a co-author of Archipelago, a collaborative serial fantasy adventure available now on Amazon.