Our fingers flew with fury, rage-tweeting how bad the movie was. Everything that could have been updated to be less sexist or less racist than the late-eighties source material was somehow made worse. The three of us screeched like harpies about a multitude of injustices: the teased but intangible Turtle, the flattening of the story’s only Black character, but most of all: Beverly.

There is much in the character of Beverly Marsh that we three remembered fondly from the book, but the original novel is also very problematic. Remakes allow us to recontextualize, to update, and to analyze the texts that make up the foundation of our culture.

This is particularly true in King’s construction of nonwhite characters, and in his women. Unfortunately, the film took what was good about Bev and Kobe’d it into a cosmic dumpster. I reread the novel, trying to recapture what I had loved about her, to regain my sense of Beverly Marsh, the gunslinger.

Perhaps this is almost always the case with rereading, but I found that it was worse than I remembered.

King is better than most male writers at constructing female characters, but the bar is so low that it makes me grit my teeth to admit that he beats the average.

Bev Marsh is the only female main character in IT. Tropes: she’s a Smurfette. She’s a Cool Girl, a tomboy who doesn’t know she’s hot and is just one of the guys. She’s valuable only for sex, and that doesn’t even make any sense when compared to the other characters.

As adults, each of the boys has retained the supernatural powers won and honed in the confrontation with the amorphous villain of the tale. Bill becomes a novelist because he was their leader and storyteller. Waifish little Eddie Kapsbrak has a successful limousine company because he was always their navigator. Richie “Trashmouth” Tozier turns his voice acting and smartassery into radio DJ celebrity. Ben Hanscom, the group’s builder and fabricator, becomes an architect. Stanley Uris brings his precognitive certainty about the right course of action into his marriage, to his wife’s surprise and disquiet. Mike Hanlon begins and ends in the role of archivist and memory for the group; he brings in the Derry chronicle as evidence of the monster’s longevity and keeps the watch for its return as a librarian in his hometown. Each boys’ skills carry forward into their adult life.

Beverly Marsh doesn’t carry marksmanship forward by becoming a sniper or even a darts champion. She doesn’t carry the power of her sexuality into adulthood, or use it in any substantive way. Instead, her damaged sexuality functions as a beacon to attract abusive partners like her father. Bev’s brush with the infinite gives her no gifts, not even the confidence that a positive early sexual experience might impart. There are clues to this in the final battle itself: the Ritual of Chud and the lead-up to it. Bev is anointed their marksman when the boys realize she’s the best shot in the group. She gets a chance to wound the monster with a silver slug and a slingshot, but she has Final Girl disease, so the monster must come back after she’s had her moment with it. During the ritual, Beverly becomes the utterly predictable horror bystander, shouting things like “Help him!” or “Somebody do something!” while Bill and Richie and Eddie make bold and brave moves.

If Beverly’s power is in her sex, then fine! I’m in favor of all the sex we can swallow in cosmic fiction. King could have put that to use in the final fight. She could unite the team physically at some crucial moment. She could even fuck the monster in a bit of astral distraction as later King heroine Susannah Dean does, because this is naturally one of the powers the author gives the only woman in the group (The Waste Lands, 1991). Bev does none of this. Her power goes nowhere. It serves her only once: in the infamous tween gangbang scene, where she uses “this essential human link between the world and the infinite, the only place where the bloodstream touches eternity.”

Sex is where Bev Marsh gets weird. She’s the best shot among the boys. She’s as brave as they are when it comes to fighting monsters or standing up to bullies. She’s one of the guys when they’re not thinking about it. However, when they do think about it, it’s all they can think, and the reader is treated to version after version of their evaluations of and fixations on her body. That’s germane to an adolescent experience, but it never balances out. The boys in the story do not experience embarrassing erections in class or the confusion of nocturnal emissions.

There are so many references to Beverly Marsh’s new-budded breasts that one feels compelled to check the byline to be sure King isn’t Humbert Humbert in disguise. She thinks about them all the time, because they hurt. They embarrass her. She wakes up in the morning to examine them in the mirror, to see if they have grown. “They were extremely small—not much more than spring apples, really—but they were there,” King writes in her little-girl voice. The boys think about Bev’s breasts all the time, because they can see them and as everyone knows, visible breasts are public property and men and boys are rendered senseless by their existence. King writes Bev busting out of her prepubescent clothes, erotically and frighteningly aware of the curves of her hips and ass in her tight jean shorts. Even her father gives her the hot-eye.

Some of this is pretty true to life.

Having lived through female-bodied puberty myself, I can tell you that growing breasts does hurt and I was often aware of them as they came in. Maybe some readers found Bev’s report on that experience authentic. However, the real problem is that none of the boys, who are as old as Beverly and going through the same biological process as she is, are ever presented to the reader in the same way. Bill is tall, Ben is fat, Mike is black, Eddie has asthma, and so forth. All of their bodies are characterized to us, but never sexually objectified for the reader, or for each other. When they experience desire and arousal for the first time, that experience is made holy and crystallized into beautiful moments of blameless voyeurism and familiar locker-room evaluations of Bev and other girls. The author does not linger on their calves or their curves to describe them to us in aching detail. They are allowed to be boys, pure and innocent in their nascent sexuality, until Beverly initiates them, motherly in her generosity. This has to occur, because Bev’s power lies inexorably in her sex. As her own father asks her, what does a girl do with all those boys if it isn’t what she does on her back?

Try as he might, King can’t provide her (or us) with an answer. 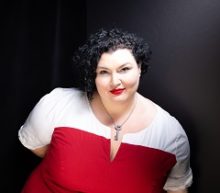 Meg Elison is a science fiction author and feminist essayist. Her debut, The Book of the Unnamed Midwife, won the 2014 Philip K. Dick award. She is a Hugo, Nebula, Sturgeon, and Otherwise awards finalist. In 2020, she published her first collection, Big Girl, with PM Press, containing the Locus Award-winning novelette, “The Pill.” Elison’s first young adult novel, Find Layla, was published in 2020 by Skyscape. Her thriller, Number One Fan, will be released by Mira Books in 2022. Meg has been published in McSweeney’s, Fantasy & Science Fiction, Fangoria, Uncanny, Lightspeed, Nightmare, and many other places. Elison is a high school dropout and a graduate of UC Berkeley. You can find her online at megelison.com and on Twitter @megelison.