Welcome to Fantasy Magazine! We’re so glad that we could bring your poignant story “Things to Bring, Things to Burn, Things Best Left Behind” to our readers in this month’s issue. This is such a powerful and authentic allegory of a reckoning; can you tell us how this story came about?

Thank you so much! This story means a lot to me, and I’m delighted to see it find a good home in Fantasy Magazine. I think the first spark of the idea that eventually became “Things to Bring” was simply the concept of sacrifice—both in general terms and specifically relating to human sacrifice. The story of the innocent young victim sent to their death to appease the anger (or hunger!) of a powerful being is a truly ancient one, of course, often overlapping with actual historical practices in many parts of the world, and plenty of people have written fascinating twists on this story already—but the question I kept coming back to was why. If the being in question is not just a dragon or a monster but a god, incorporeal and all-powerful, why would they need something so trivial as dinner? What do they really want with your blood, or your soul, or your firstborn child? Could it be, perhaps, that your firstborn child is better off without you? That this process of sacrifice could be a force for good?

I think the moment it all came together, however, was when I read a post online in which an anonymous blogger discussed their past experiences with depression. At one point they confessed that they “missed the comfort of being sad”—and that sentence hit me like a freight train, because it perfectly described an aspect of my own experience that I’d been too ashamed to admit before that moment. (After all, what kind of twisted weirdo misses being depressed?) But for me, depression was all too comfortable. It was easy. It felt—frighteningly so—like a natural state, a well-earned rest after years of trying to be something I wasn’t. That ease, that parody of rest, the temptation to think of death like a fire escape, always there in case you need a way out!—those were the comforts I had to deny myself in order to get better. And just like that, I understood the kind of sacrifice I wanted to write about.

For you, is writing the result or end-product of experience, or does it help you make sense of experience while you’re going through it?

Definitely the former. I do tend to turn to writing during difficult times in my life but, oddly enough, it’s usually months or years later before I realize how closely that writing reflects the experiences I was going through at the time. (E.g., it was long after I came out as nonbinary that it finally clicked for me why I’ve always loved writing monsters and shapeshifters and aliens—it’s the gender thing again, duh!) It’s about perspective, I suppose; it’s much easier to make sense of a story, and to pick out meanings and themes, when you’re no longer living it. In the case of this story, I don’t think I would have been able to write it while I was living it—and I’m more than grateful to be able to write it now, from the other side of the mountain.

I was struck by how Oz had crossed out his name and corrected it—didn’t throw it away, didn’t start a new journal, just made the correction and carried on. It was so close to my own experience of changing my name. What does this tell us about how the person we are in the present relates to the person we were in the past?

I’m so glad it resonated with you! For me, I think it all comes back to the title—“Things to Bring, Things to Burn, Things Best Left Behind.” Oz’s diary entries, the concrete reminder of the countdown to his intended suicide, are things to be burned. They’re too painful to keep in any shape or form, even in memory; better to let them go, turn them into ash, till them back into the soil. His old name, on the other hand, is simply something to be left behind—something that was useful once, that holds memories both good and bad, but that he doesn’t need or want anymore.

I realize that many trans people likely feel differently, and would absolutely burn their old name to ash if given the chance, but that’s simply my own experience. I don’t like my old name anymore, but that doesn’t mean I don’t like the person I used to be—the person I was for most of my life. Whenever I come across it, on old transcripts and documents and scribbled into the margins of my favorite childhood books, I try to react like Oz does when he comes across [the god disguised as] his old self on the mountain. He says hello, he chats and jokes, he sits and shares a moment. And then he carries on.

The writing is so poetic and authentic and perfectly elegantly spare; would you say this is your style, or did you feel the story simply called for it?

Thank you so much! I wouldn’t say it’s my usual writing style at all, no—usually I tend to be quite long-winded (I’m a book-person mostly, and my other short stories are all in the 6,000-10,000 word range), so I made a conscious effort with this one to challenge myself and make every word count. I wanted the writing to reflect Oz’s view of the world: stark, a little bleak, defined by negative space. I’d also just finished reading Carmen Maria Machado’s short story collection Her Body and Other Parties, as well as This is How You Lose the Time War by Amal El-Mohtar and Max Gladstone, and after I’d finished lying on the floor weeping about how achingly sharp and beautiful their respective styles are, I decided I wanted to try my hand at something similar.

This story puts me in mind of The Kin of Ata Are Waiting For You, a novel in which a man must face who he has been. Were there any particular authors or stories that influenced or helped you shape how you told this story?

Absolutely! In addition to the authors I already mentioned, who were huge inspirations in terms of style, one story I keep coming back to is “The Shape of My Name” by Nino Cipri. This one is about a trans man reflecting on his transition and his journey to adulthood—a journey made especially complex by the fact that his family, scattered across the decades and centuries, share collective ownership of a time machine. This story has such interesting things to say about name and identity and the various ways in which we try to write or rewrite our fates—all themes that ended up in “Things to Bring” as well. It was also, if memory serves, the first story I’d ever read with a trans protagonist(!), so it’s a really important one for me.

What are you working on now, and what can we look forward to seeing from you in the future?

I always have about half a dozen projects cooking at once, but the one closest to being a Real Published Thing at the moment is a spiritual sequel to Frankenstein called Our Hideous Progeny. This one follows Mary (née Frankenstein) Saville, a paleontologist in Victorian London, as she follows in her great-uncle Victor’s footsteps and commits cool and horrifying paleontological crimes against God—so look out for that one in the near-ish future.

Less close to being Real and Published, but still dear to my heart, are a twisty alt-history fantasy novel featuring stabby lesbians, 17th century Versailles, and multi-dimensional mirror travel (think The Favourite x A Darker Shade of Magic), and a thoroughly weird ’ 20s-esque gangster novel about a shapeshifting demon who accidentally joins the mafia (and yes, of course, the demon is trans). 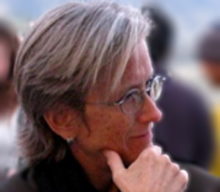 Reece Michaelson (they/them) is an editor and writer. Owing to a love of mythology and mysteries, current projects include a middle-grade series featuring the unknown sister of Icarus set in Minoan Crete, and a mystery series featuring cheesecakes and murder, set in a fictional California Danish-themed town.