In this week’s Author Spotlight, we asked author Cat Rambo to tell us a bit about the background of her story for Fantasy, “The Immortality Game.” 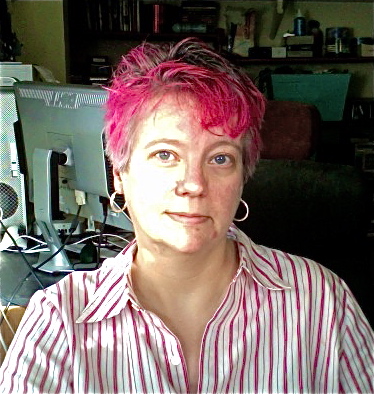 “The Immortality Game” examines the consequences of deliberately repeating life on an endless loop. When Glen expresses horror at the idea, he’s asked if “a chance to go back and fix mistakes, to nudge destiny so it gives you all it can” is really such a horrible thing. How would you react if offered the same opportunity? What possible changes would tempt you to accept?

This theme fascinates me: what people would change about their lives and what decisions they would make. For me, I don’t think there’s a lot I would change, because I wouldn’t want to miss meeting and marrying my spouse. Although I suspect I would have invested in Microsoft. The story owes a great deal to Fritz Leiber’s “The Sinful Ones,” which horrified and fascinated me when I read it in high school. It also posits a world where most people are entirely unaware of themselves and only a few people are “awake” and able to manipulate the world on a meta-level.

Whenever Glen mentions their music, the others become uncomfortable. He eventually decides that “the music’s the only real moments” they have left. Why does the music remain real when the rest of life is a game?

Because the music is real, something they’ve created, that wouldn’t exist without them, even though they’re playing songs that are anachronisms. The act of creation is the only thing that’s real in the sterile set of loops that form their lives.

On your Livejournal, you talked about being stuck on “The Immortality Game” (formerly known as “The Peaches of Immortality”) and that after a couple of weeks you had gotten “around the stuck part.” Could you tell us about process of writing the story? What part was stuck? What do you find helps when you are stuck on a story?

The story began with the idea of someone repeating their life and manipulating it, to the point where it becomes a game for them. They’ve done everything that they could—become rock stars, celebrities, enormous successes—and it bores them.

The stuck part was unusual for me in that I had no idea how to bring the story to the end. I knew I wanted the group repeating history and the protagonist as the only person who’d knew what was happening. But the end wouldn’t come, no matter how I tried to figure it out, and finally I had to go work on something else and let the story congeal a bit in my head. That’s one of the things that I find helpful—to switch gears and leave the story alone for a bit—and it’s a reason that many revelations happen while driving or in the shower.

Thank you for taking the time to answer questions. Before we conclude, could you tell us what is next for you?

I’ve just sent a novel off to my agent, a paranormal romance, and am working on the sequel to that, tentatively titled The Dragon’s Luck. After that, I’m hoping to have some time to work on a fantasy novel that I’m expanding from a single book into a trilogy. At the same time, I keep producing short stories, and I’m hoping to put out a collection of those based in the fantasy world I often write in, Tabat.