In this Author Spotlight, we asked author Holly Black to tell us a bit about the background of her story, “The Dog King,” which first appeared in the collection The Poison Eaters and Other Stories. 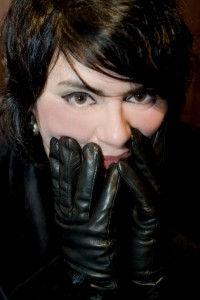 Stories of werewolves date back to ancient literature. Lycaon, an archetypical werewolf, shows up in Greek mythology. Herodotus, in The Histories, relates the story of the Neuri, a tribe whose members would shift from wolf and then back again during certain days of the year. What do you think it is about werewolves that make them such an enduring and popular figure in folklore and legend?

We have all had the experience of being so angry that we say something or do something that hurts the people that we love. I think the idea that we have the potential for a monstrous self is very compelling. And the motif of animal transformation is one that exists in folklore the world over because of its resonance and flexibility. The story of a werewolf can be a story of getting in touch with our passionate selves, our inner selves, our instinctive selves, or our monstrous selves. The same legends, in fact, can be told and retold from all those angles.

While writing “The Dog King,” did you draw upon any particular werewolf legends for inspiration? If so, which legends?

There is a legend about a nobleman whose people are being ravaged by a wolf. He goes off with some of his best hunters looking for the beast. They come upon it eventually, and although it gets away, they are able to cut off its paw. The nobleman tucks it away in a bag and goes home. When he arrives, he learns that his wife is ill. Going into his chamber, he finds her hunched by the fire. When he gets close, he sees that she’s missing her hand and trying to staunch the bleeding.

“The Dog King” is as much a story of dysfunctional relationships as it is a dark fantasy. In fact, the true terror in this story comes not so much from the beasts themselves as it derives from humanity’s relationship with the beasts. Was there a real-world correlation you had in mind while writing this story?

This was a story that I knew for a long time—the characters were part of a novel I started years ago, so they themselves seemed very real to me. In fact, the story was hard to write because unlike other stories where I discover who the characters are as I go along, I felt like I was trying to tell a story I already knew so well that I became afraid that all I knew would overwhelm the story.

Speaking of dysfunctional relationships, there is a very real human element present throughout the narration. When writing fantasy, how should one utilize real world feelings to create an identifiable realism while working within such fantastic settings?

I think that the more real we can make certain elements—the emotion, the motives, the dirty and messy and complicated parts—the more real the fantastical setting will seem.

Just one last question: What’s next for Holly Black? Do you have any upcoming publications you would like to announce?

I had a new book come out this year, White Cat. It’s the first book in a new series, The Curse Workers, and the second book, Red Glove, comes out this April. They’re a little different for me. They focus on a kid named Cassel, a grifter from a family of grifters in a world where magic is illegal and controlled by the mob. I’m calling them my mobster fairy tale books.