In this week’s Author Spotlight, we ask author Joe R. Lansdale to tell us a bit about his story for Fantasy, “Torn Away.” 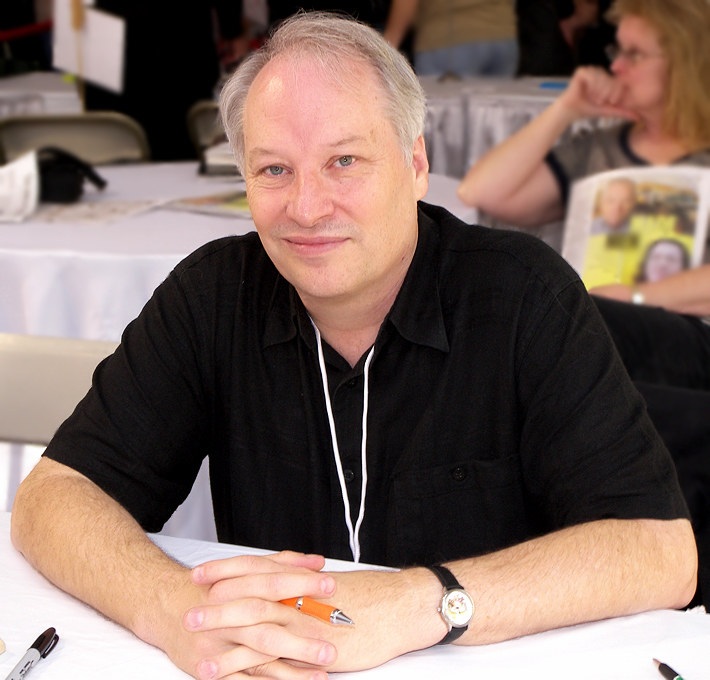 Bloodline’s shadow in “Torn Away” vividly brought to mind, for me, Peter’s captured shadow in Peter Pan. What inspired “Torn Away”?

I certainly have read Peter Pan, and long before that I saw the Mary Martin TV version every time it showed, and have always been intrigued with shadows. I think it actually started with cartoons. I have something in my memory about a shadow in stories, and of course there was Disney’s The Blot; that was a creepy villainous shadow. And to tell you the truth, that old song “Me And My Shadow” always creeped me out. It also seemed to be the idea of your other side. Something that was your reflected self, the darker self.

“Torn Away” originally appeared in Twilight Zone: 19 Stories on the 50th Anniversary. Was it written for the anthology? Could you tell us about the process of writing it?

It was written for that anthology. I was asked, and I tried to put myself in a modern Twilight Zone frame of mind. I grew up on the show when I was a kid, the original version, and I wrote for Twilight Zone Magazine in the eighties. I love Twilight Zone and was honored to be a part of it. It is one of my greatest influences. I wrote it the same way I write everything. I showed up every morning.

“Torn Away” was selected for The Year’s Best Dark Fantasy & Horror 2010. Your own work includes tales of horror, suspense, humor, science fiction, Western and more. How useful do you find genre labels? When you write do you have a genre in mind?

They can be guides for selling a story, but I really hate them when it comes to writing one. I like to write what I write and then find the market, but I often write to an anthology idea if it excites me. Still, I usually don’t worry about how neatly it fits into a genre. I had a story reprinted as steampunk, and I had no idea that it was. Some said it wasn’t, that it violated certain rules. To hell with the rules.

The Chief of Police thinks, “I ought to call my deputy and have him come in, but I wasn’t sure what he could do. I wanted to call someone, but I couldn’t think of anyone to call.” Is that feeling of being cut off from help an essential part of horror or just the burden of responsibility?

Both. And, of course it depends on the story. But in this story the answer is both.

What advice would you give to aspiring dark fantasy authors?

Read a lot, and not just in your field. Write for yourself, write like everyone you know is dead. Then when you finish you can worry about who might like it. Nothing wrong with writing to make a living. Money is fine, and when I was starting out I did some ghosting and pen name work, but I always tried to write the best I could, but the best way to write is for yourself, passionately about something that interest you. Be passionate, not obsessive. Live life. Spend time with friends and family. Life makes for a better writer. Living in your room, office, library, you miss out on it. Love to go there, but live in it, and a lot outside of it.

I just had a new novel, a young adult, come out, titled All the Earth Thrown to the Sky. I have an adult novel, Edge of Dark Water, due out from Mulholland Books next year, and am currently writing short stories and a new young adult novel.