In this week’s Author Spotlight, we ask author Nike Sulway to tell us a bit about her story for Fantasy, “Her Lover’s Golden Hair.”

“Her Lover’s Golden Hair” is ultimately a story about grief, a very real emotional state of being. Why utilize fantastic elements in a narrative discussing something so universally real and relatable?

One reason is that, for me, the best of any fiction touches on the experience of being human. What fantasy elements give us—among a whole host of things—is the opportunity to make the familiar strange, and the strange familiar. Sometimes fantastic stories are those that make literal and extend a metaphor or analogy. I like the idea that a good, fresh gobbet of analogical language actually extends our understanding; that metaphor, because it insists on a connection between two terms that are never thoroughly parallel, opens up meaning. Makes it endless but strangely sensible. George Eliot has this line in The Mill on the Floss about how tragic it is “that we can so seldom declare what a thing is, except by saying it is something else.” I guess my sense is that—particularly when it comes to emotion—this is not so much seldom as perpetual, and that fantasy, in being a determined departure from the attempt to say what a thing is (in this case, the experience of loss) actually opens up the possibilities of saying something true.

I thought one of the more interesting, and heartbreakingly realistic, elements of this story is how the dog, Gilbert, perceived the loss to their little family. The dog, being a dog, doesn’t seem to quite understand the situation and is still looking for Lily. Why did you decide to include this animal’s perspective? How did you decide how to write about this situation in a way that related the animal’s point-of-view?

Gilbert was an accidental discovery. He was just there, in the sentences, when I started writing. I love it when that happens. When things sneak up on you from inside the writing. In a way, I think of Gilbert as having an experience of going in the opposite direction of his human. He’s a domestic animal to begin with—not a wild creature—so he’s already part of the human world. While she goes in the direction of wildness, of becoming an animal and denying language, “clock” time and so on, he seems to me to be slowly struggling in the other direction. I liked that sense of parallelism in the story, of the two passing each other going in opposite directions, though I hope it’s not too obvious or “flat.” That’s always the risk, that once you have an “idea” about the work it loses its organic, intuitive unity to the tyranny of that idea. For me, it’s often a struggle during the editing to make the story neater without making it into a flat, dead, overly tidied thing. Like a wild garden that’s been cemented and weeded into something ugly.

Transformation seems to be an extremely important element of this story. What makes transformation—or perhaps transcendence, in this particular story—such a powerful theme for a story teller?

I think transformation, or metamorphosis, is a really powerful theme. It speaks to our desire to transform ourselves as a way of escaping our problems. I see the whole fashion for TV shows, particularly soft reality programs about plastic surgery makeovers, garden makeovers, home makeovers and so on, and even those elements of shows like Oprah and Jerry Springer that operate like mini-therapy sessions, speak to this desire for almost-instant transformation that heals something unspeakable. We say we want a comfortable home, or smoother skin, but often these desires speak to something darker and deeper. A sense of discontent, of being unhomed within our own lives and bodies, that is larger and more eternal. For me, this story picks up on that aspect of transformation that is about both escape and self-punishment. Both leaving behind the grief, and making it more emphatic, more permanent.

But most metamorphosis stories—from Ovid on—teach us what stories that involve magic of any kind often teach us, as if we are compelled to say it over and again: that magic may make the world more strange and magical, but it doesn’t make things any easier. In many stories that feature metamorphosis, including this one, there is often a sense that the transformation, no matter how longed for, or how good a fit it feels for how the character feels, doesn’t actually solve their problems. Often, it creates larger problems.

Ultimately, this is a character-based story. Where did these characters come from? Who, or what, inspired their situation?

Grief is something many of us have experienced. Writing about it is hard, because it’s one of those experiences that easily pulls you into pat emotional clichés, into melodrama and so on. It’s hard to write about it honestly. It’s hard to take yourself into that experience and sit with it, and allow yourself to feel it as you write. I didn’t write this story as therapy, though I do think writing can be therapeutic (though I suspect that the most therapeutic writing may be some of the writing least open to other readers). In fact, I wrote it when I was deeply and blissfully in love. My partner and I were apart and I was still so in love that that was devastating. I was astonished at how much it felt like real grief: a kind of somatic experience of loss. I was thrown back into memories of grief. How it grips you physically, how it deranges you, how it removes you from language in some way (well, me anyway!). But there was also a sense that the story came from something very simple—so simple it’s something of a cliché—an experience of knowing how precious something is by losing it, however temporarily.

How do you as a writer decide what details to add in or leave out to create a measure of emotional depth for your characters?

By feeling my way in the dark! I have this idea that the way to think about writing characters is to think about falling in love. About how, when you meet someone for the first time (as your reader does when they “meet” your characters), you don’t know them very well at all, but with some people there’s this enormous sense of connection. You glimpse something in the very little you know of them that connects with something in you. Ninety-nine percent of them is mystery, and that’s part of the thrill, part of the great adventure. In a short story, that ninety-nine percent is pretty much all you’re going to get. It’s the one percent you have to work with. The one percent has to stand in for the whole person, which is both harder and easier than it seems. Harder because that one percent has to be the whole character, but easier because, after all, that’s all we know of most of the people in our lives when we first meet them. And it’s the not-knowing that draws us in. The sense of familiarity and strangeness, curiosity and comfort. My sense is that, in that one percent you have to work with, you want to get a balance of familiar, comforting aspects of character (things the reader can relate to or empathize with) and strange, disconcerting, exciting things (things that might stimulate the reader’s curiosity).

You can’t hope to get a whole person on the page—other people are always the biggest mystery, the great unknowable in life—but you can sometimes get down in words that thing that makes them strange and alluring. For me, that isn’t in what colour their hair is, or how tall they are, or any of that, it’s something about how they live in their bodies, how their bodies express something about themselves. How a gesture can suggest a whole psychology of connection. How, when you see someone you love push their glasses up their nose, your stomach clenches. One of the things fiction can do that no other art form can, I suspect, is offer the reader the strange sense of knowing another person intimately. Getting inside their head, even, and understanding them from the inside out. It’s an illusion, of course, a magic trick, but when it’s done well it’s astonishingly convincing. Intoxicating, even.

So, what’s next for Nike Sulway?

Right now, coffee! It’s six o’clock in the morning, and I have to be at my day job desk in an hour! But, seriously, I have a novel coming out next year with Tartarus Press, Rupetta, which is the story of a 400-year-old automaton. Rupetta is created in 1619. She is mechanical, but she also has a kind of consciousness that is both hers and not-hers. She is bonded with her creator, Eloise Wynder, and with Eloise’s descendants. Her consciousness is also theirs. The story is about her life, and the lives of the Wynders, but it’s also about how the very fact of her existence impacts on the society she lives in. How she becomes the figurehead of a quasi-religious cult of humans who aspire to cast off their human bodies and become, like her, mechanical and immortal. 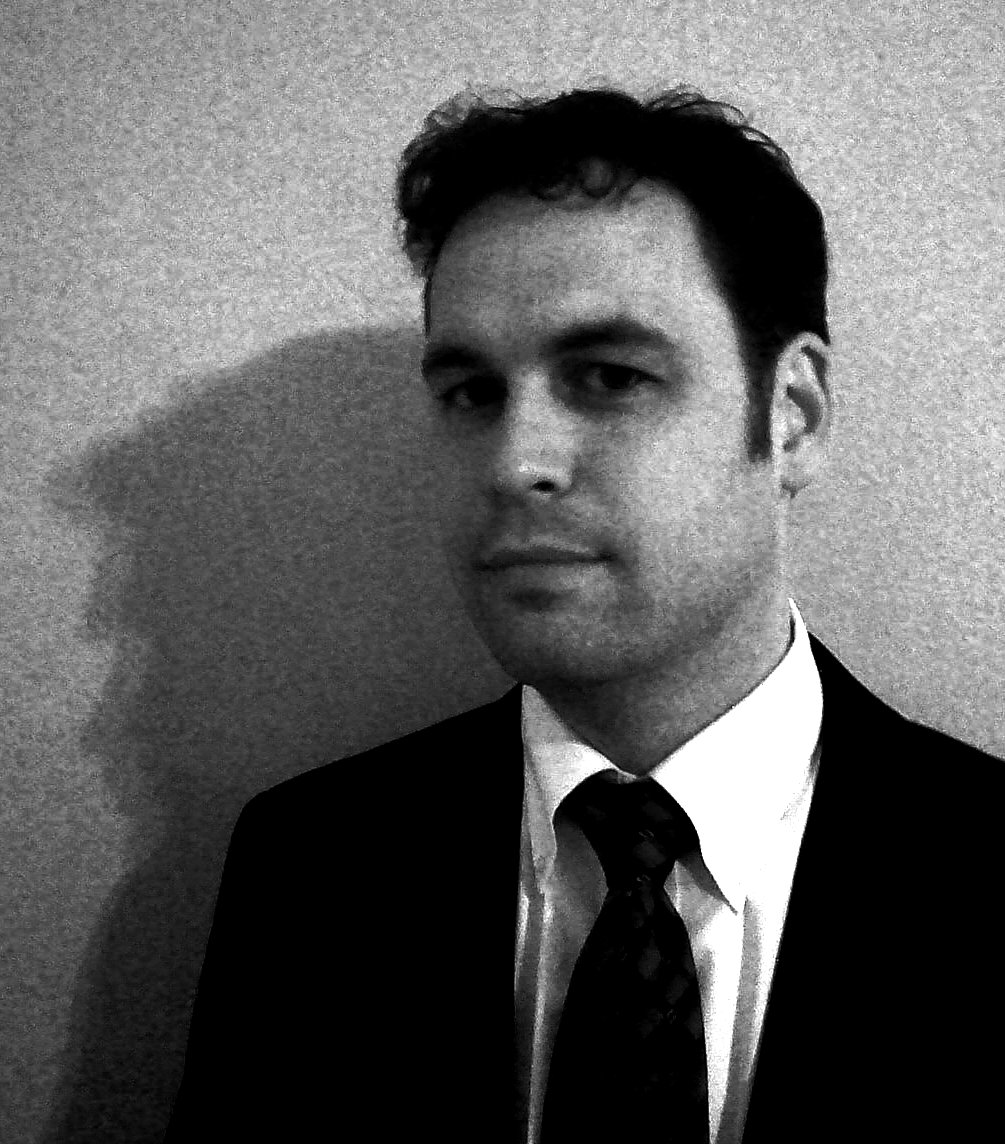