In this week’s Author Spotlight, we ask author Nisi Shawl to tell us a bit about her story for Fantasy, “The Pragmatical Princess.” 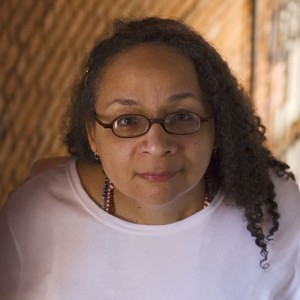 This story seems to draw on multiple definitions of pragmatism. One sense of the word is a focus on practical matters—and Princess Ousmani is clearly a practical woman. She’s very sensible and a great problem-solver. But this story digs into the philosophical sense of pragmatism, too, when Princess Ousmani reveals her very empirical outlook on religion and religious belief. Do you have background or an interest in philosophy?

Princess Ousmani has a great deal of interest in philosophy, and a background of intensive study on the subject. I, her author, have interest in it also, but no formal training in Western philosophical traditions. I felt rather presumptuous using the word “pragmatism” in the story the title. I know it has a bunch of baggage. My research has been in other areas of the discipline: I practice the I Ching, the ancient Taoist divinatory system; and I follow a West African belief system known as Ifa. Neither of them refers directly to the concept of pragmatism—at least, not under that name.

We live in a markedly more secular society than most societies in the Middle Ages. And yet Princess Ousmani has this amazingly humanist outlook. Do you think that a woman like her could have existed in her time?

Absolutely. Often the idea of repressive theocracies in the “Middle Ages” refers to Europe, though of course they existed in many places during those centuries. But the Caliphate of Cordoba, Andalusia, “Moorish” Spain, was home to a highly humanist culture with very modern attitudes concerning gender equality and religious tolerance. In this story I’ve extended those attitudes to other parts of this empire, putting them in balance with their converse—just as they are most places, most times.

Princess Ousmani references so many wonderful old texts. What kind of research did you do while working on this story?

Probably not as much as I ought to have. I can’t remember anymore where I got the ideas for those texts, those titles. I only wanted to show that geekiness is timeless.

The distinction between science fiction and fantasy is so fraught for me. I think about it a lot and ask other writers and readers what it signifies to them. At one point I had an epigram taped to my wall near my computer: “Science fiction is fiction that believes in science.” Who said that? I did. It’s a nice definition, but it begs the question how an abstract entity can believe in anything.

In some sense the difference between sf and f boils down to the question, “What is science?” In my opinion that invites the added corollaries, “Who gets to decide what’s science and what’s not?” and “”What’s in it for those who get to decide?” At WisCon 35, on a panel on magic realism, an audience member said something like, “In science fiction the science is explained; in fantasy, the magic doesn’t need to be explained.” I took exception to that, because there are quite a few sfnal tropes that aren’t ever explained, and that strike me as inexplicable in a scientific framework: faster-than-light ships and time travel, for example.

Yes, the interplay between science fiction and fantasy is one of my favorite dance partners. Anyone who wants to hear me talk a bit about how science and magic/religion (a convo on privilege is needed to unravel that slash) fade into one another can listen to a podcast of a talk I did last year at Duke University.

That book you mention, though? I think it’s The WisCon Chronicles 5: Writing and Racial Identity, which I edited. WCC5 came out at WisCon 35, and it deals with more than sf in terms of authorship, and more than African Americans in terms of racial identity. But I think that’s the one you mean. I agree—it’s totally amazing.

At this point, Aegyptus is the only dragon I’ve written about. Dragons abound in our genre, but I recall three and only three with any clarity: Tolkien’s Smaug; C.S. Lewis’s Eustace Clarence Scrubb (a bad boy who physically manifested his inner dragon, to his own shame and horror); and R.A. MacAvoy’s Mayland Long. Aegyptus sprang up mostly in opposition to the negativity Smaug and Eustace represent. He owes a bit to Mayland’s scholarly stance in the world. I really wanted him to appeal to Ousmani’s love of the natural world, though, so I strove for traits that were believable and based in nature. The oily wings, for instance—how else could they be thin enough yet strong enough to handle the winds of his flight?

Is there anything else you’d like to add? Would you like to tell us about any forthcoming projects we should be looking out for?

I have a lots goin on. In the fall, a new magazine called Phantom Drift will publish my story “Just Between Us.” See if you like it. See if it makes sense to you. I’m writing a story now for Steam-Powered II, the second volume of lesbian steampunk edited by JoSelle Vanderhooft. That story will actually be an excerpt from my Belgian Congo steampunk novel-in-progress, Everfair. And I have three more novels out with publishers, in various degrees of revision. Other stuff. So much. Watch this space.