What were some of the events or ideas that inspired this story?

This is a story about anger as much as art: about anger’s power to trap and destroy, as well as its power to liberate. The scream is the anger that lives in every person who is forced to be someone/something they don’t want to be, and it can either set you free or doom you. For the people in Felicity’s society, anger ignored results either in the smothering of their true selves, and a life watching mirrors for the telltale return of feathers (for who you really are can never be entirely killed no matter how much you try) or—if you aren’t successful at stifling yourself—turning into a bird outright. This is an idea that has been with me for some time, one that sharpened every time I saw society point a stern finger at an individual or group of people and say “If you want to be welcome, you have to abide by our rules,” and then watched those people bend and break themselves into unrecognizable shapes to try and obey those limiting (and often arbitrary) rules.

Women in speculative fiction have heard for years about how they must write, act, sound or look in order to keep “their place” at the speculative fiction table, and for years many have had to smother their distinctive voices in order to meet those “rules.” Women writers of color are told that dialect in their narration or dialogue is “alienating,” lesbian writers are told their characters “will be hard to connect with,” women who are not conventionally beautiful are advised not to attach author photos to the jackets of their novels. Our society tries to tell us, “Contort yourself into our box of ‘acceptable lady writer’ and maybe then we’ll take you seriously.” This made me angry. It continues to make me angry now. So, rather than smother said anger, I wrote about it.

The transformation into a bird wasn’t strictly due just to loss of art (though artists like Felicity and Claudette struggle more than others with turning or giving up their passion). The transformation could also be based on the qualities of the people themselves: Claudette loved music, Felicity loved the fierce beauty of the ocean and ships. In my notes for the original draft, Felicity’s mother gave up dance, rather than turn into a swallow, a graceful bird that swoops and dances in flight. Other transformations in the story are related to the person’s character: Mrs. von Moren, who loved and lost her only child, is turning into a cardinal, a bird known for being extremely protective of its young.

The only options available to Felicity and the others in her town seem to be to deny their art fully or to turn into birds. Felicity winds up as a seagull. Do you think that’s a happier ending for her than how the others live?

That’s a hard question. On the one hand, yes: as a bird, Felicity is free of the stifling society that tried to force her into a tidy box, one that denied her the thing she loved. On the other hand, no, because in becoming a bird, Felicity ceased to be Felicity. The woman she once was disappears entirely into the seagull. The tragedy of the story is that Felicity was shown a third way—the way of the woman in yellow, who didn’t fear society and flouted the rules and norms that might have smothered her—but she didn’t see it in time.

As a part of this special Women Destroy Fantasy! issue, can you share some of your favorite fantasy stories by women?

If I had to choose only a few, I would say the Nightrunner series by Lynn Flewelling, The Night Circus by Erin Morgenstern, “Phosphorous” by Veronica Schanos, and the Clockwork Century series by Cherie Priest. My one regret is that my list of favorites isn’t more diverse, a situation I am in the process of rectifying.

What are you working on now?

Right now my major project is a YA novel I’ve been rewriting and revising for the last year, full of white crows, dimension-hopping shadows, and a pair of gutsy Dutch sisters! I’ve also been writing and critiquing short stories with my classmates from Odyssey Writing Workshop (class of ’13), which has been a wonderful ongoing exercise in perseverance, craft development, and remembering to write every day. 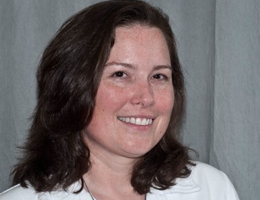 Laurel Amberdine was raised by cats in the suburbs of Chicago. She’s good at naps, begging for food, and turning ordinary objects into toys. She recently moved to San Francisco with her husband, and is enjoying its vastly superior weather. Between naps she’s working on polishing up a few science fiction and fantasy novels, and hopes to send them out into the world soon.