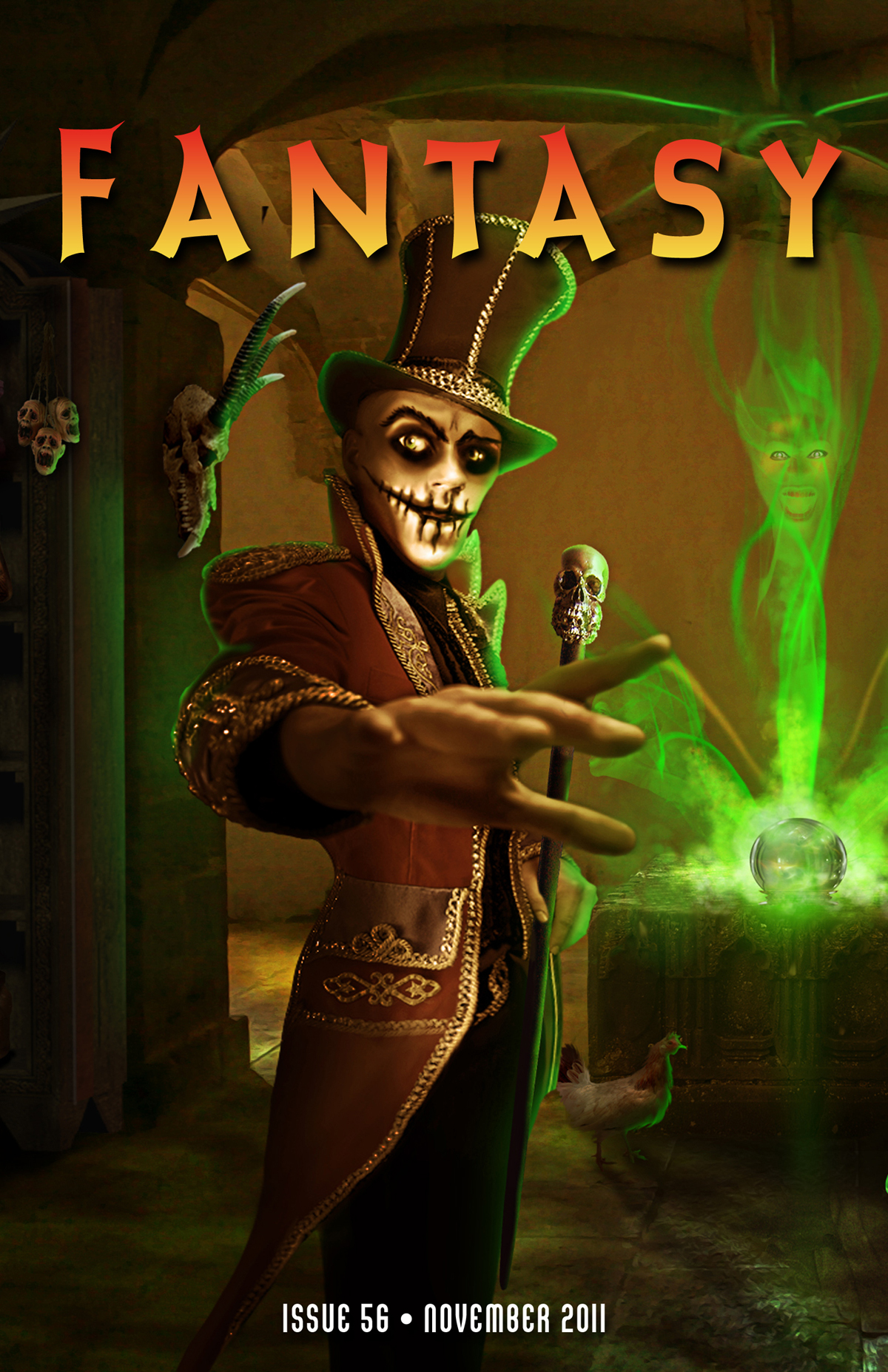 No news to report this month, but by the time this issue comes out, I will have already won (or lost) one (or two) World Fantasy Awards; at press time, however, my fate was still unknown. So until the end of October, think of them as Schrödinger’s Awards—until one of you looks up the winners, I’m in a superposition: I’ve both won and lost the awards until you observe the results, thereby forcing the quantum waveform to collapse and my cat to huff some poisonous gas. Or something like that.

Our sister-magazine Lightspeed, meanwhile, is about to release its first anthology: Lightspeed: Year One, collecting all of the fiction published in its first year (from June 2010-May 2011); it’s out this month, so order now!

Leo Tolstoy reminded us, “Every unhappy family is unhappy in its own way.” But in K. M. Ferebee’s tale “Seven Spells to Sever the Heart,” one unhappy family has magic to blame for its misery.

In our feature interview this month, Charlaine Harris, author of the Sookie Stackhouse series, basis of the hit HBO series True Blood, joins us to discuss wrapping up the series, her oddest fans, and whether or not vampires poop.

Next up, Theodora Goss summons a spirit who changes the course of four girls’ lives in her tale “Christopher Raven.”

Helen Pilinovsky investigates the role of ghosts in the popular literature of the 1800s in her article “Shades of the Nineteenth Century.”

Revenge is a dish served cold, and with perhaps a dash of soy sauce, in Lavie Tidhar’s “Red Dawn: A Chow Mein Western.”

Emma Bull explores how the west was weird in her article “Home on the Strange.”

A great swordsman and his lover cope with a surprisingly assertive fan in “The Swordsman Whose Name Was Not Death,” by Ellen Kushner.

If you’ve ever stopped reading a fencing scene to wonder just what’s going on, you’ll enjoy Kat Howard’s article “The Pen and the Sword”—it’s a great introduction to fencing and its portrayal in books and film. En garde!