Falling With Style, Travelling Through Portals

Fantasy characters have two choices when it comes to travel. The first is the long way round where every step is just that: a step as they walk, endlessly and interminably, and let’s face it, boringly, towards their heroic destiny. The second option, portal travel, is faster but has some odd side effects, ranging from wind rash to accidentally becoming king. It’s quicker but it’s also a little more … interesting. Here’s a guide to the best, or perhaps just the least horrible, ways to travel through portals.

If portal travel handed out frequent flyer points, the Pevensie children would be able to travel anywhere for free. The Lion, The Witch and The Wardrobe gives us the quintessential magic furniture portal. It’s an easy way to travel, the children simpy stepping through the back wall of their old wardrobe and inspiring generations of readers to check the back of their closets just in case. It’s a portal that feels solid, real and is redolent with very English, polite iconography. Plus old wardrobes smell great.

Magic furniture travel is fun and fairly easy but it has one major side effect: massive time dilation. The Pevensie children become kings and rule Narnia for years on their first trip there, only to return home to find almost no time has passed. Whilst that has its uses, it also means it’s best not to leave anything behind in the other realm in case the place you left it is destroyed, becomes an object of immense religious significance, or gains sentience, all of which make your return visit a little awkward.

Another common form of portal travel, Reality Folding is essential DIY portal travel. You, or, as is again the case, anyone with the surname Pevensie, trigger an object that then yank the destination reality towards you and opens a door between there and here. It’s a very direct method, but much like Magic Furniture it has side effects, best illustrated by the China Mieville short story “Different Skies.” The story follows a man who buys an unusually coloured window pane and soon realises it lets him see a subtly different version of London. It also lets that other version of London see him and the story ends with the chilling, poignant image of the two Londons, as well as youth and old age, colliding. Reality is folded but here, it’s suggested, it may not be able to be straightened out again.

John Masefield’s Box of Delights is another good example of this kind of portal. The novel follows a young boy drawn into the battle for control of a box which allows its user to shrink, fly or enter the past. The box is a reality folder, connecting the present and the past and allowing for the box’s creator to visit his future and see how his device is being cared for. There are no immediate side effects to this, other than having to contend with the evil forces intent on stealing the box, but as anyone who’s ever flown budget airlines will tell you, contending with the forces of evil is a better deal.

Finally for this sort of portal there is, of course, the obligatory Pevensie children appearance. The Voyage of the Dawn Treader sees Lucy and Edmond staying at their cousin Eustace Scrubb’s house and being drawn to a painting on the wall. This painting, of a ship, then draws them in and they arrive in Narnia, again the portal folding reality to join the two worlds together. The side effects in this instance involve low-level water damage and a trio of almost-drownings, but like they say: any landing you can walk away from, after having coughed up sea water, is a good one.

Holes in the World

When it comes down to it, naturally occurring portals are arguably the safest way to travel in fantasy novels. The rabbit hole in Alice in Wonderland springs to mind, a remarkably luxurious affair with an arrivals lounge at the bottom and a graceful, slow motion descent that science fiction would wave off with anti-gravity but here is presented as something akin to Alice being English and therefore far too polite to plummet. The side effects are bad, ranging from not-particularly-willing participation in lawn games and court appearance to the more than slightly tedious need to continually adjust your size until you can fit in, but it’s still one of the politest, easiest ways to travel.

One of the subtlest portals, and also the least pleasant, is the idea presented in Neverwhere by Neil Gaiman. Richard Mayhew, the hero, notices a badly wounded Door, the heroine, and goes to rescue her, inadvertently finding himself part of London Below, the city beneath the city. What’s really fascinating though is the implication that Door, who can open doorways between anywhere, opens the door in Richard’s mind that allows him to see her. As a result he’s cut off from London Above forever, becoming a ghost inside his own life.

On the one hand, this is a hefty price to pay for a good deed as Richard is shut out from the world, and spends a lot of time being insulted by a man who may or may not be Puss in Boots. On the other hand Richard’s new life is more fun and puts him on the only streets in London that definitely don’t have, or are about to have, a Starbucks. Even better, the Pevensie children didn’t get there first.

Portal travel has a lot to recommend it. It’s fast, exciting, no one has to sing any songs and you can often go directly to your destination. Certainly there are side effects but provided you like antique wardrobes, can swim, don’t get altitude sickness and are prepared to sacrifice your entire life in order to save an injured young woman with an oddly regal air, there’s a lot to recommend it. Just remember to follow the white rabbit and you’ll be fine. 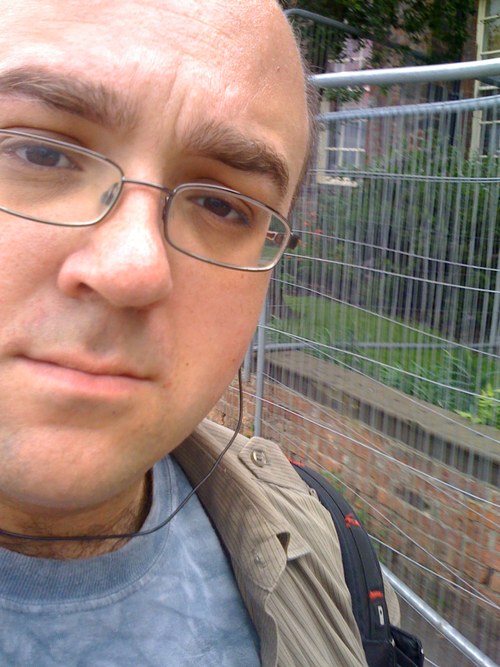 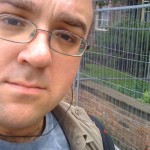 Alasdair Stuart was born on a small rock in the middle of the Irish Sea and knows one day he must return there so they can sacrifice him and choose a new king. He’s the host Pseudopod, the weekly horror podcast, has written for everything from the Fortean Times to The Guardian and enjoys pop culture in the same way a man who hasn’t drunk for four days enjoys water.