From Story to Screen

When we read a book, we judge it by how well we can recreate the author’s world in our heads. So when we see a book get transformed to the movie screen, we tend to have two reactions to it: Either we love the movie because it fits exactly with what we’ve imagined it in our heads, or we hate the movie, because it’s nothing like the book.

I love the movie version of the Lord of the Rings trilogy. Sure, it’s overdramatic and takes liberties with character personalities (Faramir’s decision to take the ring to his father, anyone?), but to me, the movie made better chronological sense than the book.

While I love the LOTR trilogy, you won’t find me going into the theater to watch The Chronicles of Narnia. I’ve heard what they’ve done to the storylines and it ticks me off, because, well, it’s Narnia. You just can’t mess with Narnia.

Why do we have such strong feelings for alternate retellings? We love seeing a book come alive on the screen, but it comes with a price: trying to cram pages of character development into a two-hour movie. Details are bound to get lost or dropped for the sake of transferring the essence of the book onto the screen. Below we’ll look at how some stories fared in their transition. 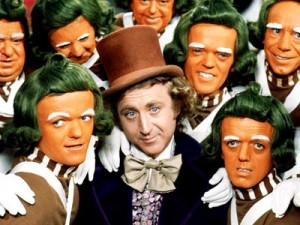 Charlie and the Chocolate Factory by Roald Dahl

This book got the interesting distinction that not one, but two movie versions were made, the 1971 version with Gene Wilder as Willy Wonka, and the 2005 version with Johnny Depp. The change of title for the 1971 version isn’t by chance; Quaker Oats had bought the rights to the book and movie so they could promote their new candy line loosely based off Wonka’s creations (Laffy Taffy, Fun Dip, and of course Everlasting Gobstoppers). As such, the movie focused more on Willy Wonka and less on Charlie.

The biggest change in the 1971 version is Wonka’s using the contest to test the children to find a suitably moral heir. This is done through the character of Arthur Slugworth, who goes to each child who won a golden ticket and tries to bribe them to bring back an Everlasting Gobstopper so he can copy it and sell it as his own. Slugworth is later revealed to be Mr. Wilkinson, an employee of Wonka. Wonka’s own character also changes from merely an eccentric chocolatier to a more world-weary one that cites Shakespeare.

This moral testing meant that Charlie’s character also had to change. In the book, Charlie is the only child who doesn’t misbehave or disobey Wonka’s instructions. In the 1971 movie, he steals Wonka’s Fizzy Lifting Drink with his grandfather, proving that he can be just as disobedient as the other children. His return to Wonka of the Everlasting Gobstopper, the top-secret candy that Wonka’s rival offered him money for, shows redemption. It leads to Wonka giving him a business contract, but what would’ve happened if all the children had returned their Everlasting Gobstoppers? What then, Mr. Wonka?

The 2005 version is considered to be more similar to the book, but there are still differences. The book and 1971 versions of Wonka are eccentrics who want to make people happy with his candy. The 2005 version of Wonka doesn’t like children at all, and is merely seeking “the less-evil” child to be his heir. He tells Charlie he can inherit the factory only if Charlie leaves his family. Charlie refuses and goes back home. The movie then shifts to a miserable Wonka going to therapy and ultimately reconciling with his own father, a dentist. Thus, family bonds, not morality, become the central theme. 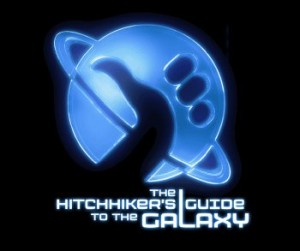 The Hitchhikers Guide to the Galaxy by Douglas Adams

The Hitchhikers Guide to the Galaxy has the unique distinction of having been a radio drama before it became a novel, a 6-episode TV series, and finally a movie. The storylines between the non-movie versions mostly remained the same: After the earth gets destroyed to make way for a hyperspace bypass, reluctant adventurer Arthur Dent hitchhikes through the universe with his alien friend, Ford Prefect. The two get mixed up with fellow human survivor Trillian, and Zaphod Beeblebrox, the insane two-headed President of the Galaxy who  steals the newly-built ship, The Heart of Gold and its Infinite Improbability Drive within.

The movie falls away from the regular storyline when the group goes to visit Humma Kavula, Zaphod’s rival, in the elections. While Douglas Adams himself wrote this character into the script, his presence adds little to the actual storyline. In the movie he demands they bring him the Point-of-View gun, a new addition to the storyline whose sole purpose is to play up the love triangle between Arthur, Trillian and Zaphod, and since Kavula is never seen in the movie again, that’s rendered moot. The overall effect is to change The Hitchhiker’s Guide to the Galaxy from a satirical adventure story to a love story.

Sometimes the change from story to movie doesn’t involve a novel, but a TV series. Take Firefly, a show about a group of smugglers, led by tough-as-nails Mal Reynolds, who find themselves reluctantly harboring a brilliant, uptight doctor, Simon Tam and his gifted, psychic, damaged sister, River. The series was cancelled by  Fox after only eleven of its fourteen episodes aired. The movie Serenity was made to bring back interest in the Firefly project.

When Whedon sat down to write the movie, he had to reintroduce the TV’s plot and characters so that it will hook new viewers without confusing them, while at the same time catering to the long-time fans. The result is the re-introduction of Simon rescuing River from the school that holds her captive, not unseen benefactors as in the TV show. The movie version of Simon already knows the Serenity crew and is actively using them to commit a crime which makes him more proactive, but also less innocent and naïve than he is in the TV series.

The movie also has less time to work with character development, so a couple of supporting characters, like Inara the “Companion” and Shepherd Book, get less screen time than normal while the main characters’ personalities change. This is most evident with Mal. In the show, we get to see Mal’s humorous side when he tells Simon that Kaylee, the engineer, is dead and whoops with laughter when Simon learns she’s obviously not. We see his uncomfortable side when Inara goes to “serve” her clients and he struggles with his feelings for her. We see his protective side when he hides the Tam siblings outside the ship when the evil Alliance comes looking for them.

But the movie can’t focus on the day-to-day events; we’re only presented with one side of Mal: a grim, humorless side. This Mal makes the crew tie the bodies of their friends to Serenity in order to disguise the ship as a barbarian Reaver vessel. To the uninitiated viewer, his growl, “Get to work,” would just sound like a hardnosed captain pushing his crew to obey his command. To those who know the show, however, it makes this side of Mal Reynolds horrific and disturbing. Which, if you think about it, makes the whole scene extremely effective.

Forget that it’s directed by David Lynch. Forget that Kyle MacLachlan is Paul and Sting is Feyd-Rautha. Forget the Weirding modules. Forget all that and tell me something. At the end of the movie, when it rains and everyone lives happily ever after … um … isn’t water lethal to sandworms? Isn’t the entire premise of the book about the spice trade, which is produced by sandworms, which need a dry climate in order to live?

Tangled by the Brothers Grimm

The Brothers Grimm stories, like all fairy tales, are retold so often that no one blinks an eye when details are changed from the original. The entire storyline of Tangled bears only a passing resemblance to the original Rapunzel story. I include it here though because of the interesting way in which it’s been adapted.

When Disney first worked on the project, it was originally titled Rapunzel. However, when the last movie they did, The Princess and the Frog, didn’t do as well as they hoped at the office, they decided to change the story so that it would be more suited to everyone (read: boys). They changed the title to Tangled and gave more prominence to the male character, Flynn Rider. What came of these changes isn’t so much of a fairy tale as a musical comedy action tale. 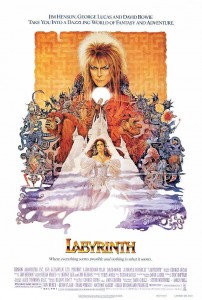 Sometimes it’s interesting to see how changes are made within the script itself before it reaches the screen. Take Labyrinth, the 1980s Jim Henson movie about a girl named Sarah who goes through an enormous labyrinth to rescue her younger brother from Jareth, the King of the Goblins. .

In the movie, she is directly responsible for Toby’s abduction. Her frustrated cry “I wish the goblins would take you away to the Goblin City. Right now,” gives the eavesdropping goblins the magical means to steal him away. In the earlier draft, Jareth comes to the house in the guise of Robin Zakar, the playwright for the play Sarah is in. He talks his way in, then takes an interest in Sarah’s crying brother, performing parlor magic tricks to make him stop crying. He then calls the goblins and they take Sarah’s brother right out of her hands.

Jareth’s character in the preliminary script is creepier than in the movie. He sees no problem going to a teenager’s house and posing as her favorite playwright to get in. He tests Sarah to see if she would make a worthy queen. At the end of the preliminary script, Sarah falls,  quite literally, into the Goblin King’s bed, where he tells her no one else had made it this far in the labyrinth, and she is worthy to become his queen.

Not only does she refuse, but she punches Jareth in the face and declares that she wouldn’t want him “if you were the last goblin on earth!” This causes Jareth to shrink into a sniveling goblin who stomps around yelling, “Nobody ever cares about what I want!” (Sound familiar?)

Why they changed from that ending in the movie, where Sarah merely recites the lines she says at the beginning of the film is hard to say. Probably the thought of a man proposing to a teenage girl in a large bed was considered too racy. Or maybe they just didn’t want to show David Bowie getting punched in the face.

They say there is no such thing as an original story. Stories just get retold, over and over again, in different guises. Folk and fairy tales throughout the ages are notorious for changing minute details from retelling to retelling. Movies, visual retellings of stories, follow the same rules. Movies may sacrifice a character’s personality, a few key scenes, or in some cases, absolute logic, but they also provide new ways of looking at a familiar story that we otherwise wouldn’t have considered.