Home on the Strange

Have I mentioned that television made me what I am today? At age eleven I started watching The Wild, Wild West, starring Robert Conrad and Ross Martin, and I’d say it was a contributing factor.

I enjoyed all the episodes, of course (they have their own train car! And James West rides a swell black horse! And his fights are way cooler than the ones on Gunsmoke! And OMG those pants are tight!), but my favorites were the ones in which Dr. Miguelito Loveless, played by Michael Dunn, plotted the downfall of the U.S. government, or at least agents West and Gordon. In those episodes, I knew there would be some science-fictional threat in play: a killer automaton, a fire-breathing mechanical juggernaut, an earthquake-generating engine.

After a story like that, it was hard to get worked up about the next episode of Bonanza.

The Long History of Twisted Westerns

The Weird West as a subgenre probably goes back to the earliest days of the Western: to the dime novels and serial stories in weekly gazettes that turned the American west into a mythic land even before it stopped being a place you could move to, before it became the Old West. I’ll bet that in some tattered volume with a lurid engraving for cover art, Kit Carson or Buffalo Bill or another based-on-real-life fictional hero survived a haunted mine, fought a prehistoric monster, or discovered a lost city.

The earliest example of Western fantasy I’ve read—and it’s a daisy, let me tell you—is Oliver La Farge’s “Spud and Cochise,” collected in 1935 in his A Pause in the Desert. Spud Flynn comes of a race of kings, as he’d tell you himself. But more importantly, he’s a true cowboy of the American west, and he’s got some mighty powers to go along with that. So when he faces off against Cochise, leader of the Chiricahua Apache, in a duel of magic to win Cochise’s help, the results are jaw-droppingly imaginative and marvelous.

I’m perversely grateful to my mother’s reluctance to throw out magazines. Because of it, the 1950 issue of the Saturday Evening Post that contained Helen Eustis’s short story, “The Rider on the Pale Horse,” was lurking around the house ready for me to get hold of it by the time I learned to read. It was reprinted as a children’s book called Mr. Death and the Redheaded Woman. In it, Maude Applegate, red-haired, strong-minded, and able to do a bit of witchin’, rides out to find Mr. Death on his pale stallion to beg him to spare the life of her true love, Billy-be-damn Bangtry. She catches up with him, of course—and with his granny, who, in best folktale fashion, helps her ask Death three questions. One of them is about her true love. The other two change her life.

There’s more to Weird than the supernatural. There’s also wasn’t-true-but-could-have-been, what fantasy writers call alternate history or secret history. Dorothy M. Johnson, one of the finest writers of Westerns who ever lived (she wrote “The Man Who Shot Liberty Valance” and “The Hanging Tree,” among others), constructed a sly bit of what-if in her short story, “I Woke Up Wicked.” In it, young Willie “Leather” Jackson finds himself inducted into the outlaw gang, The Rough String, pretty much by accident. He’s not really the outlaw type, though, and when he meets the young widow Miz Pickett among the outlaws in their hideout, Eagle’s Nest, he resolves to rescue her. The Rough String is a thinly disguised version of The Hole in the Wall Gang, led by Butch Cassidy and the Sundance Kid. And Miz Pickett, who bears a remarkable resemblance to the Kid’s sweetheart Etta Place, is not at all what she seems. I don’t want to spoil it for you, but you might keep in mind that Butch and Sundance were killed in Bolivia….but after that, no one ever saw Etta again.

The popularity of contemporary fantasy in the late 1980s and early ’90s sparked a new interest in historical fantasy. That’s when urban fantasist Midori Snyder, a contributor to Terri Windling’s Bordertown anthologies, wrote The Flight of Michael McBride (1994, Tor Books). Michael, like so many other young men in trouble in the 19th century, leaves his Eastern home and flees to the Wild West. But his trouble is a faerie-folk vendetta, and the skill he brings with him isn’t gun handling. Along the way he meets a select handful of historical characters, including a cameo by Poker Alice, a Dakota Territory favorite of mine.

It’s not only the people of the Western that are magic. The horse no one can tame is a recurring character in the traditional Western. It’s a short step from that wild horse to the unicorn, beautiful, magical, and dangerous. But that step makes a big difference in Will Shetterly’s “Taken He Cannot Be,” from the anthology Peter Beagle’s Immortal Unicorn (1999, Harper Prism). In it, Wyatt Earp and Doc Holliday ride out to find John Ringo in the rustler-infested folds of the Chiricahua Mountains. But outlaws aren’t the only secret residents of those forested slopes, and the confrontation Holliday and Earp ride toward isn’t going to play out the way they expect.

Out of Literature and Into Film

The Weird West attracts filmmakers, too. Dead Man (1995) is as freaky as you’d expect from director Jim Jarmusch; but this story of a hapless greenhorn-turned-bad-man reflects on the way history becomes myth, even as it gleefully dodges historical accuracy. 2010’s The Warrior’s Way fused Asian martial arts sorcery with cowboy iconography, and stylized Hong Kong imagery with classic Old West themes. A killer on the run hides out in an isolated desert town, until his past catches up with him. But this time, the killer is a great Chinese swordsman, and his past includes implacable wushu assassins. (I loved this movie. Can you tell?)

DC Comics’ Jonah Hex got the movie treatment in 2010, too. In spite of his last name and his anchor spot in DC’s Weird Western Tales, Hex rarely dealt with anything paranormal. (The exceptions were the three Jonah Hex miniseries written by Joe Lansdale and drawn by Tim Truman. Zombies! Ghosts! Cthulu!) But in the filmed version, Hex can speak to the dead. Given his proficiency with a gun, he’ll never lack for conversation.

And of course, there’s the long-awaited Cowboys and Aliens—and it was worth waiting for. My favorite Western tropes are here: the rich tyrant landowner and his no-good son; the man on the run from a past he can’t remember; the tough woman who flouts convention and makes it stick; the visionary Native leader who puts enmity aside in a common cause. Plus explosive death rays, alien abduction, cool spaceships, and a mysterious science fictional weapon! The movie is quintessentially Western and thoroughly weird, and succeeds in both genres while clearing new ground on movie marquees for interstitial filmmaking.

The Weird West has come full circle since my childhood discovery of it. Steampunk is the perfect vehicle for weird Western tales, and owes a considerable debt to the inventions of Dr. Loveless. Technology pushed the development of the American west as much or more than the need to pasture cattle. Steam powered that technology. Though steampunk is often associated with British settings, it fits as neatly into the Old West as a cowboy’s head into his hat.

It’s not a coincidence that the West has been portrayed as weird. The actual history makes the transition easy. How did Wyatt Earp pass through so many gunfights without even a graze? Where did Mysterious Dave Mather get his nickname, and did he really see a UFO? How did Ike Clanton die, and where, and when? The unanswered and unanswerable questions of the Old West are irresistible for a fantasy writer who loves Tim Powers-style secret histories.

I’m one of those fantasy writers. I wrote Territory (and the sequel I’m working on now, Claim) because the he-said, she-said accounts of what’s been called the Earp-Clanton feud, including the gunfight in the vacant lot behind the O.K. Corral, were thick with possible what-ifs. All I had to do was line up the competing forces in the town of Tombstone—cattle vs. silver, rural vs. urban, North vs. South—and look for the string that would tie them all together. That, and explain the arm found lying in the street that was mentioned in the real-life columns of the Tombstone Epitaph.

Because however weird we make the fictional West, the real thing is probably weirder still. 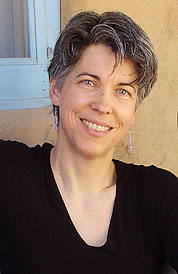 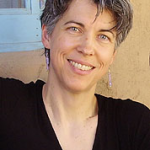 Emma Bull is the author of Territory, a historical fantasy set in Tombstone, Arizona in 1881 (Tor Books). Other works include War for the Oaks, Bone Dance, and with Steven Brust, Freedom and Necessity .She’s a contributor to the Bordertown fantasy series, and is a writer and editor on Shadow Unit, a contemporary SF-suspense webfiction series (www.shadowunit.org).