How to Steal a Million Dragons

Most of us identify as lawful/neutral good, aspiring to the ideals of truth and justice and equity. Why is it, then, that heists and cons are so compelling in fiction? Why cheer for the robbers, the con artists, the swindlers . . . when they go against everything we believe in?

Other than the fact that it’s fun to pretend to be bad, the very best heist and con narratives have the bad guys be good guys. They’re not conning your innocent grandma out of her Social Security check. They’re conning or stealing for a good reason (to feed their family, bring down the evil empire, etc.) and their victims are necessarily worse than they are. We all cheer when we bring down the evil emperor, and we don’t really care if it was done lawfully or not.

But there’s more to it.

Heists and cons go hand in hand, because what great heist doesn’t need a little bit of conning to get it done, and what great con doesn’t involve walking away with a stolen prize? Together they provide an alternative axis for participatory tension in our media. We’re used to narratives where straightforward violence is the answer (Luke blows up the Death Star) or even straightforward intelligence is the answer (Shuri and Doctor Who both succeed via their smarts). But these narratives are easy. The audience doesn’t have to do any work.

Heists and cons, when done successfully, let the audience play along.

Let’s say the characters are breaking into a bank to steal a MacGuffin. The audience is presented with the same problem in three different ways, which are the three narrative phases of a heist or con:

The second phase is the crew’s plan. They’ve found a clever hole the audience missed (a satisfying aha moment) and lay out their plan around it. Maybe they’ll tunnel in under the vault, maybe they’ll spike the guards’ coffee with something that sends them rushing to the bathroom . . . who knows? But the important bit is that hole in the system, and everyone is feeling very clever about having outsmarted the system. The audience gets to feel clever too, because they were playing along the whole time!

But of course, things go wrong, becoming the third way the same problem is presented. It goes one of two ways: either the characters are surprised and need to find a last-ditch way out of their new situation, or they’d secretly planned for this all along and have a slick and clever solution. Either way, the audience is again presented with a problem to solve (oh no, this guard didn’t drink any of the coffee and she’s called the cops, now what), and they shouldn’t be able to solve it. If they can, the solution’s too easy and it’s not satisfying. However the characters solve the problem, the audience gets another aha moment and gets to feel clever, because they can see the breadcrumbs leading up to the solution, which have been hidden in plain sight. Either they connect the dots between the prepared character’s previous actions (so that’s why they rented an ostrich!) or they see the seeds of the unprepared character’s original plan get revamped and juggled around to create a new solution. Either way, none of the work done in the first two phases is wasted, so the audience doesn’t feel they’ve wasted their time.

Cons work in the same three phases, though the structures to protect and exploit tend to be more mental and social than physical. A mark is too smart to fall for an obvious lie (phase 1), but they believe anything in their favorite newspaper, so the crew hacks the mark’s computer to show a false newspaper homepage stating the lie (phase 2). And then things go wrong (phase 3).

This is a great proto-primer on how to steal a million dollars. But what about stealing a million dragons?

Speculative heists and cons are my absolute favorite genre because cool worldbuilding makes every single one of these three phases far more interesting. How would you design a vault for a world where people can teleport? How would you sneak around a guard who can cast spells to see around corners? What happens when the gods themselves get involved and screw up the very careful plan?

Leigh Bardugo’s Six of Crows duology and Scott Lynch’s Gentlemen Bastards series both make things go wrong in both character-expected and character-unexpected ways, with a mysterious mastermind thief who can outfox almost anyone. The first two phases are meticulous, with mechanisms that leverage the worldbuilding in exciting ways, making phase three a puzzlebox to solve where you already have most of the ingredients. They are masters of the surprising-to-audience phase 3.

Plus, in genre, sometimes the thing that goes awry has bigger narrative implications. It’s not that the guard didn’t drink the spiked coffee and saw the thieves, but that stealing the MacGuffin wakes some eldritch horror from slumber and nobody knew about it until this very second when it’s too late to undo it. The heists in Robert Jackson Bennett’s Foundryside series and Brandon Sanderson’s Mistborn series, as well as the con in M. A. Carrick’s The Mask of Mirrors, all have things go wrong in mostly surprising-to-character ways, and things that go awry reveal both hidden histories and secret mysteries of the world that become very inconvenient.

Not every speculative heist/con does this secondary worldbuilding reveal, and that’s ok. The Train Robbery and Trash episodes of Firefly are heists that reveal more about characters than the world. That doesn’t make them any less fun.

No matter what, though, a speculative heist is an exercise where the audience gets to stretch their brain in new and exciting ways, while showing, in the words of the heist show Leverage, that “sometimes bad guys make the best good guys.”

If you’re looking for more speculative heists and cons, you can also check out:

The Order of the Pure Moon Reflected in Water, Zen Cho 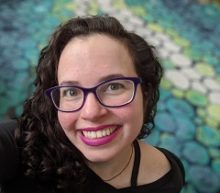 Effie Seiberg is a fantasy and science fiction writer. Her stories can be found in the Women Destroy Science Fiction! special edition of Lightspeed Magazine (winner of the 2015 British Fantasy Award for Best Anthology), The Best of Galaxy’s Edge 2015-2017, Analog, Fireside Fiction, and PodCastle, amongst others. Her stories include a finalist in the AnLab Awards and an honorable mention in the Year’s Best YA Speculative Fiction. Effie lives in the San Francisco Bay Area, where she likes to make sculpted cakes and bad puns.