How to Stock Your Magic-Fighting Toolkit

Supernatural evil is perhaps the oldest fear among humankind. Every culture throughout history recognizes some form of the evil eye, and acknowledges some form of a curse. Dealing with evil requires a special kind of crazy; someone who is willing to step outside the boundaries of polite society and take lethal risks. Those brave few, from Joan of Arc to fictional characters like Van Helsing, are a rare type of hero—often, a dead type of hero.

How, exactly, can a mortal defeat magic without becoming a victim of it? If you want to be prepared, here are some basics.

Nature provides many tools against evil. Anyone fighting magic would do well to extract powder, resin, or oil from the most potent plants. And if you should never do battle with the forces of evil, it wouldn’t be wasted time. Many of the most powerful supernatural herbs have plenty of uses in the natural world as well. The healing properties of willow bark make it a sacred tree, as well as the base ingredient for aspirin. So a little vial of boiled bark is a way to ward off the undead as well as soothe those post-battle aches and pains. A citron fruit may be difficult to locate outside of the Middle East, but a pinch of its powdered rind can preserve most other herbs, and it fends off attacks at sea. Use it against pirates, sirens, and the mighty Kraken! Mandrake root is a powerful hallucinogen, but it also opens your eyes to the supernatural, especially when ingested while listening to The Dark Side of the Moon. Dragon’s Blood, or dracaena, resin makes a powerful ink for inscriptions, and also serves as a blood coagulant, which is useful if you take a wound. Powder from the East Asian reishi mushroom is effective against repeated demonic attacks, as well as tumors; scientists are now studying it as a possible treatment for cancer.

Toxic plants are effective against supernatural and mortal enemies alike. The Jack O’Lantern mushroom lures fae, or unseelie, with its savory smell and blue-green foxfire (or bioluminescence, for those who prefer the scientific term). Keep a pinch of rue for use against shape-changers. Monkshood is also known as wolfsbane because of its ability to destroy werewolves.

Herbal magic requires an organized mind. Fennel looks identical to poison hemlock, but one is edible and useful in curing coughs, while the other can be fatal if ingested. Label herbs clearly, wear gloves, and if you’re uncertain which is which, consult your local occult master. Or a botanist.

Anyone who draws the attention of evil spirits must be aware of apotropaic magic, or how to ward off evil. Symbols such as the pentagram and hexagram are effective, especially when drawn with a potent substance. The pentagram represents five elements, five senses, and powerful astronomical associations. It should be noted that the pentagram is unified by a single point on top. An inverted pentagram, with two points on top, has come to be frequently associated with dark forces.

The hexagram, also known as the Star of David, or King’s Star, represents the intersection of and balance between several pairs of powerful forces: Earth and sky, fire and water, male and female, mortal and divine. The Chinese yin yang works in a similar capacity. These symbols, along with the pentacle (a pentagram embraced in a circle), should be worn on a person’s body, preferably cast from a powerful metal, such as meteoric iron or silver.

Apotropaic charms often take the form of a symbolic eye. Evil spirits will flinch away from a direct gaze. Wolves, on the other hand, see a direct stare as a sign of aggression—so be sure you’re fighting a werewolf and not a regular wolf. The nazar, also known as the blue eye, is a series of concentric circles used throughout Turkey and Greece. It can be worn as jewelry, or painted on objects such as airplanes. For those with a bulging purse and a heart full of fear, among the most expensive and uncommon charms are Dzi beads, agate relics from ancient Tibet. The alchemical process of their making has been lost, but these beads are dotted with symbolic eyes. The more eyes, the more protection.

Tribal societies often use a representation of a snake as a luck charm, adding fire to make it a dragon, or twisting it into an ouroborus, a representation of renewal. Semitic cultures use a stylized upright hand known as the hamsa, often with a symbolic eye in its palm. Muslims know it as the Hand of Fatima, and Jews know it as the Hand of Miriam, but both cultures agree on its protective quality.

Red strings or black cords serve the same purpose as apotropaic charms. A red string tied around one’s left wrist deters evil, according to Kabbalic mysticism. In Latin America, a red ribbon distracts negative forces. In India, mothers will tie a black cord around the hip of a beloved child, adding shells or other charms to increase its protection. So while red and black look appropriately scary in a horror movie, or on a death metal album, they’re actually used to ward off true evil.

But altering one’s wardrobe only goes so far. People might want to slip into something other than red or black, or stare at something besides a painted eye, when they’re in their own houses. There’s an extensive art to warding off evil at home.

Like mortals, many supernatural creatures can only enter rooms through doorways or windows. Unlike mortals, spirits can enter through chimneys and smaller openings. One effective doorway barrier is to nail a cast-off horseshoe above a doorway with the ends pointed up, to catch good luck. Voodoo practitioners lay a simple broomstick across a doorway at night, barring evil spirits from entry. (No one likes housework.) Grotesque statues, known as hunkypunks, guard openings. If you lack the tools to carve stone, a grotesque face carved into rowan wood will suffice. Gorgon heads used as charms date back to ancient Greece. If you can use the Greeks’ democracy, you can use their interior design as well.

Blown glass ornaments, known as witch balls, will deter witches and unseelie. Witch-bottles serve a similar purpose. Tangled string inside the bottle will confuse and trap evil spirits, especially when used with apotropaic herbs. Spirits have enough intelligence to avoid a trap full of their brethren, so the witch-bottle must be hidden, preferably buried beneath the foundations of a hearth.

The mezuzah is known as the Jewish lightning rod, referring to its ability to protect doorways in the homes of the faithful. A proper mezuzah must be used in accordance with strict guidelines, which dictate factors including the time of its placement, dimensions, position on the doorpost, diagonal tilt, and the inscription on its hidden parchment. When passing through a doorway with a mezuzah, it is prudent to touch it, and kiss the fingers that touched it.

Everyone likes a night off now and again, even supernatural warriors. To make sure you aren’t haunted by evil spirits when you’re just trying to catch up on your reading, seal your house up tight. Then, after a good night’s sleep, it’s time to do battle.

Since it’s hard to take a knife to a spirit, even in direct fights an ounce of prevention is worth a pound of cure. The optimal way to face a supernatural enemy is to avoid direct conflict. Mirrors or silver plates are a necessity for anyone hunting the supernatural. Reflective surfaces will deter gorgons and witches, and reveal the presence of the undead, such as vampires. So try to fight in a women’s bathroom or a disco.

The lodestone, or magnet, is useful for drawing energy and for its iron affinity, which deters unseelie. Iron in the shape of a key will repel shape-shifters such as trolls. Iron bells, when rung in the presence of a recent corpse, will chase the revenant to a graveyard. A chalice is another valuable tool, strongly associated with femininity and water. A chalice may be used in conjunction with a wand, or by itself to repel Jinn and other fire spirits.

Guns and conventional weapons are often useless against the supernatural, unless the weapon is made from a substance with magical properties. Silver bullets can kill a werewolf. An obsidian blade can destroy the undead and unseelie. A less potent alternative is a knife with a double-edged and a black handle, known among Wiccans as an athamé, or representation of fire.

When it comes to fighting magic, one cannot overstate the importance of a good wand, or magician’s staff. The use of wands and staffs dates back to Neolithic times, when ritual wands had phallic connotations, associating them with fire and power. Staffs, wands, and dowsing rods are often carved from dense rowan wood. For extra power, use a flying rowan, which sprouts from the cleft of a larger tree.

During the bubonic plague, doctors used wooden canes for protection. Rather than touch a patient infected by evil spirits, the plague doctor would use the cane to remove the patient’s clothing and take his or her pulse. A mask with a long beak and a wide leather hood completed the protective outfit, which led to the moniker “beak doctors.”

Knowledge remains the greatest weapon against the supernatural. Any serious practitioner of magic will study runes, astrology, divination, and ancient languages. Supernatural creatures each possess a weakness unique to its kind. A water nymph might yank you underwater, but only if you’re unprepared. (Enjoy your next swim.) Sylphs are creatures of the air, and thus vulnerable to traps and mazes. The aes sídhe can be beautiful and dangerous, but they’re allergic to iron in general, and meteoric iron in particular.

Malevolent spirits have bedeviled humankind throughout history. Our ancestors developed effective methods of dealing with them. Just be careful … supernatural forces are all around us, and if you speak their names, they will pay attention. 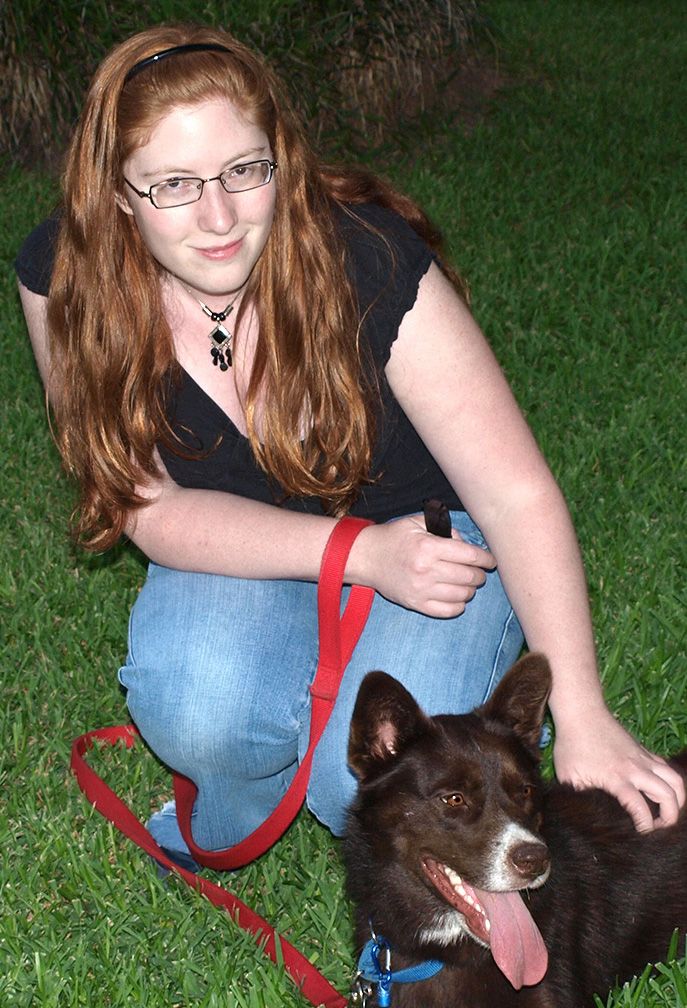 Abby Goldsmith is a video-game artist by day, and a writer by night. Her work has been published in Escape Pod, The Internet Review of Science Fiction, and other online venues. She graduated from the Odyssey Writing Workshop during the year that George R.R. Martin was the writer in residence, and she is currently seeking representation (and readers) for her series of dark science fiction novels, four of which are complete. Visit her website at http://abbygoldsmith.com, or get her latest updates at http://abbybabble.blogspot.com.