Shades of the Nineteenth Century

When we talk about our dead, we talk about ourselves. At times we refer to our “ghosts” metaphorically, with deliberation: But even at their most literal summonings, they are evocations of the collective unconscious of their eras, the hints, allegations, and things left unsaid by specific cultures and generations. Stories require a common consensus to become popular and to spread: When the stories in question concern the restless dead, the possibility of an angry past haunting us, what, precisely, does that say?

The Victorian Search for the Supernatural

Having broached the frontiers of so many new fields previously mysterious and presumed supranatural—evolution, germ theory, electricity—the Victorians applied themselves with similar vigor to tales of yore, the stories of ghoulies and ghosties and long-legged beasties and things which went bump in the night. Famously, no less venerable a figure than Arthur Conan Doyle devoted himself to seriously proving the existence of fairies, culminating in the embarrassment of the Cottingley Fairy Hoax; perhaps slightly less well-known is his devotion to Spiritualism, the Victorian practice of contacting the deceased via table-rapping, automatic writing, and spiritual ventriloquism. A fad begun by the three Fox sisters of Hydesville, New York, in 1848 when they claimed the ability to communicate with the ghost of a murdered peddler (a skeleton was subsequently found in the basement, supporting their claims), Spiritualism’s popularity demonstrated both the Victorian anxiety concerning their increasing distance from the values of the recent past, and the Victorian certainty that even Death itself could be circumvented with the right approach. Of course, one can only conjecture what sort of anxieties that raised, and what sorts of motivations were then projected onto the purportedly restless dead ….

Doyle was most famously a writer of mysteries, although he dabbled in the supernatural. He was in excellent company in that regard. Bastard love child of the genres of horror and mystery—both, themselves, descended from the venerable Gothic, and recombining incestuously—the ghost story became one of the most popular mediums (if you will pardon the expression) of story-telling in the nineteenth century. Half the time, Gothic tales fell into the lineage of the mystery genre purely because of their penchant for providing a realistic explanation for their purportedly supernatural events. The rest remained mysterious horrors and began to explore greater grotesqueries.

The Most Famous Ghost Story of its Time

But the ghost story … ah, it is there, in works such as Henry James’ 1898 novella “The Turn of the Screw.” The tale takes its title from a frame narrative of sorts, in which a group discusses a ghost story concluded just before the reader has come onto the scene, in which a young boy witnesses an apparition before waking his mother to bear witness to its presence. The corrupted purity of the child adds a frisson to the horrifying concept of an unclean spirit haunting the premises, prompting our narrator at one remove to ask, “If the child gives the effect another turn of the screw, what do you say to TWO children—?” before proceeding to introduce a tale told to him by his sister’s former governess, now dead these twenty years, as written in her own hand.

In her journal, the governess recounts being hired by a mesmerizing gentleman of quality to care for his orphaned niece and nephew upon his isolated estate. and describes the effects of their beauty and innocence upon her. The journal reveals her gradual awareness of the ominous, repulsive, and yet somehow seductive presence of two strange figures upon the grounds, presences who, she realizes to her dawning horror, are a lowly menial and the former governess and are inappropriately involved with one another, in contravention of all Victorian standards of propriety. The pair had some strange, undue influence on the children, which continues beyond the grave. As the story progresses, it becomes apparent that these revenants appear only to our protagonist, and from her perspective, appear to appear to the children in order to further corrupt them. The paradoxical uncertainty of whether the governess is mad and the world is rational and as we know it, or whether she is sane and the world of order a twisted mockery of itself is the source of the fascination that the story has exercised, first upon the Victorians, and then upon every generation to come across it thereafter. The story’s conclusion implies a fear of corruption that is so overwhelming that it is easier to succumb to the worst possible outcome rather than suffer the inevitable process of contamination, even at the absolute cost of innocence: the turn of the screw, indeed.

The Tone of Victorian Horror

In his seminal essay of 1929, “Some Remarks on Ghost Stories,” M.R. James (no relation to Henry) commented: “Reticence may be an elderly doctrine to preach, yet from the artistic point of view I am sure it is a sound one. Reticence conduces to effect, blatancy ruins it, and there is much blatancy in a lot of recent stories.” It is that “reticence” for which the Victorians were so famous in so many avenues of their production, and it is that reticence which, though it may have lost traction in those other venues, keeps the genre of the ghost story firmly in that territory of ambiguity that Tsvetan Todorov called “the uncanny,” and of which he indicated “The Turn of the Screw” as its greatest example. Even today, our best ghost stories are haunted by the shade of that nineteenth-century attitude, which beckons the reader to delve more deeply even as it provokes an off-putting frisson of horror. But where the Victorian ambiguity signaled a deeply-rooted terror of the cost of hewing to their mores, as often as not, today’s stories gesture towards the inverse fear. We fear that all our deviations and explorations might simply leave us just where we started. We fear that perhaps, as Sartre put it, Hell is other people, and ghosts, with all the terrors that they provoke.

James concluded by saying, “There need not be any peroration to a series of rather disjointed reflections. I will only ask the reader to believe that, though I have not hitherto mentioned it, I have read ‘The Turn of the Screw.’” While I, as it happens, have, the sentiment holds. 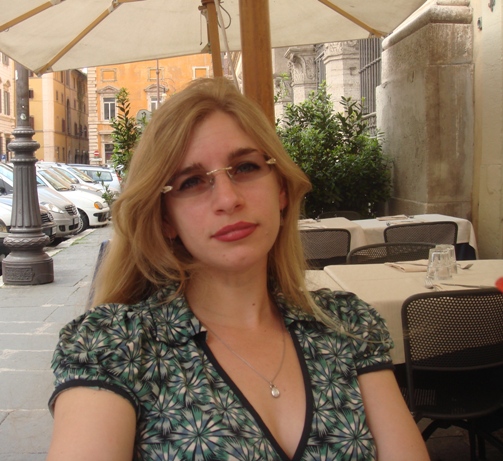