Stereotypes, Godhood, and The Wicked + The Divine

NOTE: This essay contains major spoilers for The Wicked + The Divine.

I am a first-generation Indian-American. I did well in school. I am a “model citizen,” not even a current speeding ticket on my record.

The climax of the series hinges on the revelation that this narrative is a lie, but it’s a powerful lie. As long as the main character, Laura, believes she’s Persephone, she can destroy—among other things—buildings. After she realizes she isn’t, she can barely produce a flame. It’ll take a lifetime to regain those powers—but it’s a lifetime she now has.

Growing up, I was always told I had a choice of three career paths: doctor, lawyer, engineer. I wasn’t that invested in math, and despite my love of having opinions, perusing stacks of potentially unexciting papers to bolster my arguments sounded soul-crushing (sorry, lawyer friends!). So: doctor it was. Research doctor, because in addition to working in a lab, I’d grown up around research. My father was—and is—a chemist.

Right. My father’s a chemist, my mother is an accountant, and although none of my immediate relatives were in any one of those three fields, it didn’t occur to me that I had options until after college.

In WicDiv, the claim about godhood—the thing that both makes them powerful and breaks them in two years—isn’t just for giggles. Ananke, self-described caretaker (or, to use WicDiv’s persistent music metaphor, manager) of the gods, is the one feeding them this story and doing everything in her power to ensure they never have a reason to question it—because that narrative is ensuring her immortality.

In 1952, the H-1B visa for immigrants with specialized skills was introduced. The 1965 Immigration Act abolished quotas based on national origin, which de jure eliminated institutional racism against Asian immigrants.2 America needed highly educated, specialized workers, and was happy to grant one of these visas to my father, a postdoctoral fellow. Is it really surprising that the children—myself included—of people with graduate-level specialization in STEM fields generally go into specialized STEM fields?

Ananke doesn’t assign gods randomly. The goth kids get Morrigan and Nergal; the rebellious loner gets Lucifer. The quiet, closeted kid has an opportunity to express himself as the flamboyant Queen of Heaven, Inanna. So on and so forth.

Even these specific named deities are part of the lie. While using godhood to increase one’s power goes back all the way to the beginning, it was, originally, self-imposed; “Persephone” started off as a nameless tripartite. Once she seizes control of the narrative, Ananke chooses archetypes—stereotypes?—after observing each person, telling them who they are with a name and a couple of phrases. They fill in the rest of the blanks on their own. Which, of course, is exactly what she wants them to do.

The thing about wanting to do well in school is that it’s much easier when everyone around you assumes you’re going to do well. On the first day of kindergarten, I distinctly recall telling another kid during quiet coloring time that the apple was supposed to be red, not green, because that was the color of the day. I could’ve been written off as disruptive, but instead I got bumped up grades—cue Doogie Howser comparisons—and dumped in the gifted class.

It’s only recently, with conversations about ending these programs, that I’ve understood how much of this placement was subject to how those teachers perceived me. At the time, I barely even noticed how homogenous (read: predominantly white) those classes were, relative to the rest of the school. And, while those classes were right for me—I assumed I’d do well because I’m a nerd with high self-esteem, and I did—so many of those kids fell into toxic perfectionism.

What breaks Laura out of thinking she’s Persephone is the long miserable spiral of being suffocated by expectations. As a god—in Ananke’s words, the “Destroyer”—she behaves destructively, both towards herself and others. Sinking towards the bottom, she finally realizes she isn’t a god, or for that matter any of the labels that people have applied to her in the past.

Of course, living without these expectations—without a clear roadmap—isn’t easy. Laura says she “lay in the darkness for days.”3 But after that, she moves forward in the direction she wants to go, even helping the other remaining gods realize they aren’t limited to Ananke’s description of who they are. The final issue skips ahead 40 years, emphasizing not their specific accomplishments but rather the opportunity—instead of two years in an assigned role, a lifetime of choice.

WicDiv is about narratives and how they can both define and limit us. Stereotypes, too, are a type of narrative, one which elides the full picture of who we are.

At one point I realized I’m an Indian-American in IT and thought “Oh god, I’m the stereotype.” But why should I feel I’m not providing good representation, just because I work in a massively growing field with many STEM graduates?4 The laws of reality prevent me from throwing all labels into the sea—even if I refuse to acknowledge them, they’ve insinuated in my subconscious. But I can be aware of how they inform my interactions and decision making.

There’s no neat ending here. There’s only the work I—we—can do every day to refuse the flattening of complex narratives into stereotypes, to see how people are pushed not only into behaving a certain way but into thinking that they must behave in certain ways. Like the characters of The Wicked + The Divine, we cannot break this cycle until we become aware of it. I don’t know what exactly we will gain from doing so, but that’s the point: to have the opportunity.

1. The first appearance of this paraphrased quote is in The Wicked + The Divine, issue 2

2. While I’m paraphrasing Wikipedia, I wouldn’t have thought to look this up if Kal Penn hadn’t mentioned it at the 2021 Chicago Humanities Festival.

4. Also, I got my last interview because of the art minor. 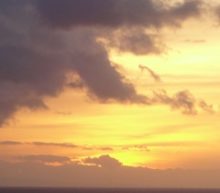 Priya Chand currently lives in the vicinity of Chicago. She majored in neuroscience and minored in visual art. She now uses the latter at her day job in analytics and the former while moonlighting as a speculative fiction and poetry author. Find more of her work at priyachandwrites.wordpress.com.