The Fiction of Peace, the Fantasy of War

As an American millennial, my country has been legally at war for more than half of my life. As a Black person in the United States, and as someone aware of the displacement and genocide of indigenous Americans, I would say the country has been at war with itself since its beginning.

War seems as ubiquitous in fantasy novels as it does in the real world.

During my MFA at Indiana University, I took a class called “Battlefields: War Narratives in Literature” with an Iranian-American professor. I was already working on the novel that would become The Unbroken, and I had a special interest in the colonial cycle of conflict: conquest, revolution, exploitation, desolation. The media in this class fell very much in the categories of the guns-blazing propaganda of Hollywood war narratives and harrowing narratives of trauma-processing from victims, witnesses, and even perpetrators of violence as they tried to grapple with their contemporary wars—from All Quiet on the Western Front and Wilfred Owen’s poetry in World War I, to Baghdad Burning by Riverbend, a digital journal account not unlike a modern Anne Frank’s diary, written by an anonymous young Iraqi woman.

I also took this class because I wondered why, in fantasy (and science fiction, but we are in Fantasy Magazine, so), are we so obsessed with the idea of war? And truly, for the majority of texts, it is just the idea—just a fantasy of war. For decades the fantasy has been the victory of good over evil, but it has also been the fantasy of conquest and thus, achievement. And you cannot fail—cannot afford to fail—to see who is so often cast in the role of that evil over which good triumphs.

Too often in our fantasy war narratives, the other side has no voice. This is odd: epic fantasy’s conventions of sprawling worlds with multiple points of view make it highly suited to exploring geopolitical conflict and inventing solutions. And yet, in the worst cases, the “other side” is only a faceless enemy or wild horde (usually brown, like Tolkein’s Haradrim and Martin’s Dothraki, or at least monstrous, let’s be honest; at least if there are any brown people at all). In others the hero speaks for them, on their side, of course, because they are the hero of the downtrodden, etc., etc., etc. The difficulty this poses in war narratives, though, is how do we as empathetic beings continue to fight when the other side is so ineloquently human? So again, we return to clean enemy lines, clear allegiances, simple solutions. There is none of the human hurt left behind by the true injustices we use to justify war, and rarer still, is any justice given after the war. With no healing or reconstruction with the enemy, our characters are expected to pick up with the next phase of the adventure—but maybe that’s because it is what is expected of us, too, in the real world. We move on; it is for them to pick up the pieces.

Maybe the ubiquity of war in fantasy comes from a need to reach for something big enough in scope to make use of these vast worlds we create, big enough to bear the weight of these grand magics, and maybe also, war is the most human of things and ever present. Or maybe it is only ever-present in me. I am Black, and I am queer, and I have been at war for generations. There are stories I feel—right now, for now—that I can only tell with war and violence. Stories that explain the constant tangle of vigilance and dread, rage and resignation. But they are not the stories the genre has often told about war—they are not so clean cut, the solutions not so clean and easy. The evil in the real world is often all too close to us, welded into the very systems that keep us comfortable, and rather than address our complicity in that and tackle these truths head-on, we make up new ones. Some might call it metaphor. Others might call it cowardice.

This essay isn’t to say the time for war stories is over. We all process the trauma of the world in different ways, and we are looking for ways to explain what we witness. And yet, we should consider the subject position of whom we call the hero of these stories, if heroes even exist. We should ask ourselves, “What kind of fantasy is this? Is it a power fantasy, where we vanquish our enemies? A fantasy of richesse, claiming lands and goods at the expense of others? Maybe revenge, instead, a chance for the once-powerless to make good on the debts they’re owed? Or is it just the desperate fantasy that somehow, despite everything against us, we might survive? That love might still bloom in this darkest of places?” Because some of these stories, when told un-self-consciously, have done and will continue to do more harm than good. Out of context, war stories can all too easily turn the wrong people into the victims. In divorcing war from its consequences, it’s also easy to erase guilt or provide undeserved (or at least, unexamined) absolution. When we glorify the warrior, what, exactly, do we praise them for? If we write it just for fun—why is it fun, and who is it fun for?

What I’m trying to say is that everything I write is about war. Even the moments of quiet joy, stolen. And maybe I cannot write about anything other than war. Even as a civilian, it is what I know.

But what I’m also saying is that war is not only the killing and the blood. There is the injustice of it, there is the succor the desperate find in each other. I cannot think about war stories without also thinking of Sofia Samatar’s The Winged Histories, a beautiful novel about four women who experience a war of conquest in different ways—a soldier, a poet, a socialite, and a scholar. This is an example of a story that looks not at the bloody, action-packed sword swinging glory of grit, but at the resilience of the people left to live through the mess it makes.

As speculative fiction writers, I think it is our duty to look at the world and see it as it is, but also to think about how it has been or how it might yet be—to imagine new futures and dig up old histories in the hope of understanding what drives us to war, in the real world and in fiction, and what peace means—to see if that, too, is only fiction. 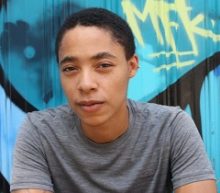 Cherae is the author of The Unbroken, the first book in the Magic of the Lost trilogy. She graduated from Indiana University’s creative writing MFA and was a 2012 Lambda Literary Fellow. She’s been a personal trainer, an English teacher, and an editor, and is some combination thereof as she travels the world. When she’s not writing or working, she’s learning languages, doing P90something, or reading about war and [post-]colonial history. Her work has appeared or is forthcoming in FIYAH, PodCastle, Uncanny and Beneath Ceaseless Skies.