Three Real Historical Figures Who Embarked Upon the Hero’s Journey

The idea of the epic journey filled with outlandish sights and wonders may have become somewhat of a staple of literature even before Joseph Campbell got around to establishing it as a must-have, but truth—as ever—proves to be stranger than fiction. History is filled with examples of travels grander in scale than could have been imagined beforehand, each one managing to change the world in some way as a result. Forget about Sinbad, Frodo or anything that involves stepping through wardrobes into magical worlds: Here are some real hard-traveling heroes. 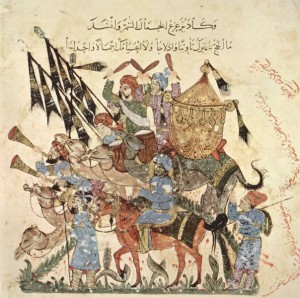 Battuta was a Moroccan Muslim who left his home at age twenty-one and went on to travel the truly staggering distance of 75,000 miles over the next twenty-nine years, across Africa, Southern and Eastern Europe, the Middle East, the Indian subcontinent and throughout Asia. Spending the majority of the time between 1325-1354 in transit, Battuta eventually visited the equivalent of forty-four modern countries throughout his life, far surpassing other travelers of the time.

Constantly risking death from attacks by Bedouin and local thugs and pirates—not to mention all manner of illness—his travels brought him into contact with holy men, rulers and, above all else, history; among his many adventures, he ran afoul of the Mongol Invasion, became an ambassador to Yuan Dynasty China, married into royalty in the Maldive Islands and lived through the period in which the Black Death tore through Syria, Palestine and Arabia.

Battuta believed he was assisted by good fortune that came from a higher power, as he explained in his recollections:

“That night, while I was sleeping on the roof of the cell, I dreamed that I was on the wing of a great bird which was flying with me towards Mecca, then to Yemen, then eastwards and thereafter going towards the south, then flying far eastwards and finally landing in a dark and green country, where it left me. I was astonished at this dream and said to myself ‘If the shaykh can interpret my dream for me, he is all that they say he is.’ Next morning, after all the other visitors had gone, he called me and when I had related my dream interpreted it to me saying: ‘You will make the pilgrimage [to Mecca] and visit [the Tomb of] the Prophet, and you will travel through Yemen, Iraq, the country of the Turks, and India. You will stay there for a long time and meet there my brother Dilshad the Indian, who will rescue you from a danger into which you will fall.’ Then he gave me a travelling-provision of small cakes and money, and I bade him farewell and departed. Never since parting from him have I met on my journeys aught but good fortune, and his blessings have stood me in good stead.”

After twenty-nine years of travel and adventure, Battuta—aged fifty and settled in Morocco—was ordered by the Sultan to make a record of his stories so that they could last for future generations and impress others as they did him. Battuta did so by dictating what he could remember to Ibn Juzayy, a scholar he had met years earlier, and the two spent a year creating a manuscript known as A Gift To Those Who Contemplate The Wonders of Cities And The Marvels of Traveling—or, as it’s become more commonly known, “The Journey”—a remarkable record of a remarkable life, made all the more enjoyable by the occasional embellishment from its unreliable narrator or an editorial note from its transcriber.

Having traveled the world and lived to tell the (tall) tale, Battuta sank into obscurity with “The Journey” remaining relatively unknown for the next five centuries until occupying French forces found complete manuscripts in Algeria during the 1830s. Once authenticated, translated versions of Battuta’s story brought the explorer the credit he deserved as one of the greatest travelers of all time. 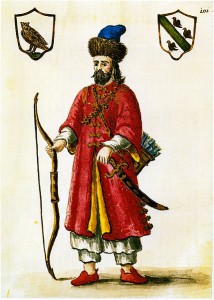 One of the world’s most celebrated travelers, Polo had relatively humble beginnings. The son of a merchant, he grew up essentially an orphan; his mother was dead, and his father was in Asia, making deals and, unwittingly, creating circumstances that would go on to change history. Polo didn’t even meet his father until he was in his mid-teens, when his father, Niccolo, and uncle, Maffeo, returned from China.

Years earlier, in 1266, when Marco was just around twelve years old, Polo’s father and uncle had become the first Europeans to meet the feared Mongolian ruler Kublai Khan in Beijing, China. Khan proved to be interested in learning as much as possible about Europe, whether it be the legal, political or religious system of what was, to him, a mysterious and unknown land. Khan charged them to ensure that an envoy of the Pope brought him the oil of the lamp in Jerusalem, and the Polo brothers returned to Venice around 1269 to deliver the request. By the time Niccolo and Maffeo set out to fulfill Khan’s request, Marco—then seventeen years old and finally reunited with his father—was accompanying them and setting out on a journey that would take him more than 15,000 miles and twenty-four years to complete.

After more than three years of travel by sea and by land, Marco and his family arrived and, after delivering the oil to a pleased Khan, spent years exploring and learning about China. It was a good thing that they enjoyed their time there, because Khan had decided that they were to be forbidden to leave. It wasn’t until 1292 that they would have a chance to escape, having been allowed to leave the country as part of an official party to find Khan’s great-nephew a wife in Persia. The official party sailed first to Singapore, then around the southern tip of India before crossing the Arabian Sea and landing at Hormuz (better known today as the Kingdom of Ormus), giving Marco and his family their chance to escape over land.

Upon return to Venice, Marco was immediately imprisoned as part of the ongoing Venice-Genoa war. While imprisoned, he told fellow inmate Rustichello da Pisa about his experiences, and those recollections eventually became the book The Travels of Marco Polo. Polo never again left Venice, but his story inspired many great explorers, including Christopher Columbus, as well as the development of European cartography.

In a life full of astonishing events, one of the most astonishing is that the Belgian-French writer Alexandra David-Néel isn’t far better known than she is. Born in France during 1868, wanderlust and exploration were clearly in David-Néel’s blood. Not only does a famous anecdote depict her as deciding to leave home at age five (her parents and a need for dinner quickly put paid to that idea), but by her eighteenth birthday, she’d already traveled alone to England, Spain, and Switzerland, and by 1891 had added India to her list of conquests.

Although a lack of money brought her back to France, David-Néel refused to stay still: In 1899, she wrote an anarchist treatise that was eventually published in five languages, and a year later met the man she would later marry (although, by 1911, she’d left him to return to India and continue her study of Buddhism). It was in India that she met Maharaj Kumar Sidkeon Tulku, a member of the Indian royal family, to whom she became the self-styled “spiritual sister” (and, rumors would insist, lover). During her time in India she would also meet the thirteenth Dalai Lama, who would encourage her studies.

That encouragement led to David-Néel’s embracement of a life of full-on magical realism. She spent two years living in a cave along the Tibetan border, perfecting what she termed telepathy. She would later claim to have created, her own tulpa, a spirit born from the mind and will of a human being. She later had to dispel it when it turned evil.

She befriended a young monk who would later become her adopted son. Illegally trespassing into Tibet, at that time still forbidden to outsiders, she managed to get deported and moved to Japan for some years. She later returned to (trespass into) Tibet again in 1924 before returning to France to write her best-known work, Magic and Mystery in Tibet.

She returned to Tibet one final time in 1937, staying for years as World War II made international travel unsafe. There she continued her spiritual study. Eventually, David-Néel returned to France in 1946, where she lived and worked for another twenty-three years. Her work has been listed as an influence on beat writers like Jack Kerouac and Allen Ginsberg, the latter of whom credited her with converting him to Buddhism.

Graeme McMillan lives, writes, and is currently learning to bake in Portland, Oregon. His writing has appeared throughout the internet on sites like Time Magazine‘s Techland blog, io9.com, and Comic Book Resources, and if pressed, he’ll admit that he tries to use his powers for good.