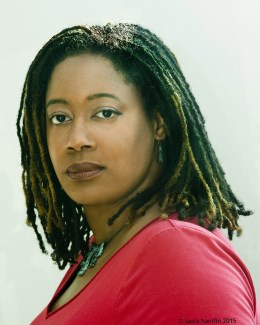 N(ora). K. Jemisin is an author of speculative fiction short stories and novels who lives and writes in Brooklyn, NY. Her work has been nominated for the Hugo, the Nebula, and the World Fantasy Award; shortlisted for the Crawford, the Gemmell Morningstar, and the Tiptree; and she has won a Locus Award for Best First Novel as well as the Romantic Times Reviewer’s Choice Award. In 2015, she became the first black person to win the Best Novel Hugo for The Fifth Season. The sequel The Obelisk Gate is now available. Her short fiction has been published in markets such as Clarkesworld, Postscripts, Strange Horizons, Ideomancer, and Abyss & Apex, along with podcast markets (mostly Escape Artists) and print anthologies. Samples of her work, and essays on speculative fiction, anti-oppression, and general silliness, can be found at nkjemisin.com.