Arley Sorg is a senior editor at Locus Magazine, where he’s been on staff since 2014. He joined the Lightspeed family in 2014 to work on the Queers Destroy Science Fiction! special issue, starting as a slush reader. He eventually worked his way up to associate editor at both Lightspeed and Nightmare. He also reviews books for Locus, Lightspeed, and Cascadia Subduction Zone and is an interviewer for Clarkesworld Magazine. Arley grew up in England, Hawaii, and Colorado, and studied Asian Religions at Pitzer College. He lives in Oakland, and, in non-pandemic times, usually writes in local coffee shops. He is a 2014 Odyssey Writing Workshop graduate.

Christie Yant writes and edits science fiction and fantasy on the central coast of California, where she lives with a dancer, an editor, a dog, and four cats. She worked as an assistant editor for Lightspeed Magazine from its launch in 2010 through 2015, and, in 2014 she edited the Women Destroy Science Fiction! special issue of Lightspeed, which won the British Fantasy Award for Best Anthology. In 2019 she co-edited (with Hugh Howey and Gary Whitta) Resist: Tales From a Future Worth Fighting Against, an anthology benefitting the ACLU, and co-edited The Dystopia Triptych series of anthologies (with Hugh Howey and John Joseph Adams). She is also a consulting editor for Tor.com’s line of novellas, and her own fiction has appeared in anthologies and magazines including Year’s Best Science Fiction & Fantasy 2011 (Horton),  Armored, Analog Science Fiction & Fact, Beneath Ceaseless Skies, io9, and Wired.com, and has received honorable mentions in Year’s Best Science Fiction (Dozois) and Best Horror of the Year (Datlow).

Adamant Press is the publisher of the critically-acclaimed magazines Lightspeed, Nightmare, and Fantasy. It’s based on the central coast of California and is owned and operated by award-winning editors John Joseph Adams and Christie Yant. The name is a combination of Adam(s) + (Y)ant. Isn’t that clever? Also, it means adamant.

Chloe Smith works as a 7th-grade English teacher, moonlights as a proofreader, and writes science fiction and fantasy stories whenever she can make the time. She was born and raised in the San Francisco Bay Area, and she lived in Texas and Washington states, New York City, and rural France before coming back to California. She began proofreading for Locus Magazine in 2011 after interning there the previous summer. Her first published story is forthcoming in 2021 from Metaphorosis Magazine.

Anthony R. Cardno calls northwest New Jersey home when he’s not traveling the country for his day-job as an instructor on regulatory compliance. In his spare time, he writes fiction and interviews real people. His short fiction has appeared in Willard & Maple, Sybil, and Full Throttle Space Tales. His short Christmas novel The Firflake is available through most online book retailers. He can usually be found on Twitter as @talekyn and interviewing various creative types on anthonycardno.com. 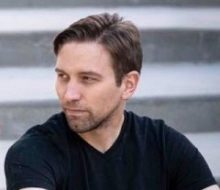 Alex Puncekar is a writer and editorial assistant for Lightspeed, Fantasy, and Nightmare. His fiction has appeared in Aphelion: The Webzine of Science Fiction and Fantasy and Jenny Magazine. He lives in Cincinnati, Ohio.

Veronica Henry is an author of science fiction and fantasy. Her work has appeared in Fiyah Literary Magazine and Truancy. She is a graduate of the Viable Paradise Workshop and member of SFWA. Her debut adult fantasy novel, Bacchanal, is forthcoming in May 2021 from 47North. Follow her online at Twitter: @veronicawrites and her website: veronicahenry.net.

Stefan Rudnicki is an independent director, producer, narrator, and publisher of audiobooks. For his work, he has received more than a dozen Audie Awards from the Audio Publishers Association, a Ray Bradbury Award, a Bram Stoker Award, and GRAMMY Awards for the audiobooks The Children’s Shakespeare and Society’s Child. Outside of the audiobook industry, he’s probably best known for the dozen books he’s written or edited, from actor’s resource anthologies to a best-selling adaptation of Sun Tzu’s The Art of War. He is president of Skyboat Media, the most respected independent audio production team on the West Coast. He lives in Los Angeles, CA.

Jim Freund has been involved in producing radio programs of and about literary sf/f since 1967, when he began working at New York City’s WBAI-FM at age 13. Jim has been sole host of the radio program, Hour of the Wolf, since 1974. Over the years, he has produced many radio dramas and lost track long ago of how many interviews and readings he has conducted. His work has been twice nominated for and was once a winner of the Major Armstrong Award for Excellence in Radio Production. Jim is currently Producer and Executive Curator of The New York Review of Science Fiction Readings in NYC. He has also dabbled (occasionally with great success) in producing for the New York stage. He occasionally maintains his website at hourwolf.com and sporadically tweets as @JimFreund. A podcast of Hour of the Wolf is rumored to be forthcoming.

Clockpunk Studios is a web design company based in Lawrence, Kansas. They specialize in websites for authors, publishers, and small businesses, and are experts in WordPress design and development. Clockpunk Studios is run by writer Jeremiah Tolbert.